All Hands on Deck

It’s strange to say, but the old King St Brewhouse just wasn’t sufficiently beer focussed. Sure, there was some brewing on site and it was a ‘brewhouse’ but it wasn’t sufficiently credentialed enough for serious libationists.
Admittedly the King Street Wharf was in need of a refresh, but Red Rock Leisure decided to do much more than that — it would create beer nirvana.
It’s been reborn as the All Hands Brewing House and it’s all about the beer.
Head Brewer Sam Clayman proudly crafts all of the beer in-house. These include the Cream Pale Ale, Gold Medal-winning Cannonball Stout, and the Bunny Hop Lager. During the rebirth of the venue Sam worked closely with architects, planners and builders to design and install the new state-of-the-art brewery. Sam got the venue he wanted.
All Hands now has genuine boutique beer
credentials.
It might be all about the beer, but Red Rock Leisure’s Scottish born Group Executive Chef Graeme McLaughlin has grounds to contest that. Graeme has a CV to die for — including stints with a number of Guillaume Brahimi ventures, Tetsuya’s and, if you don’t mind, as Head Chef at the fabled 3 Michelin starred The Fat Duck under Heston Blumenthal. Suffice it to say, this is superior pub grub.
In all, All Hands Brewing House hits the sweetspot for local business people, families, tourists, weekenders and committed quaffers.

The redesign of the venue was two years in the planning and took seven months to build. The interior was completely stripped back to a concrete shell and included moving the location of the brewery, kitchen, bars and even the bathrooms. The project architects were Maddison Architects, with Drew Carling taking the lead. They worked closely with builders, Erilyan, and an expert brewing and beer reticulation team to design the new brewery that is both fully functioning and a work of art.
The venue features extensive indoor and outdoor eating and drinking along with dedicated function space. The interiors are exposed and raw: timber, Cyclone fencing, Edison globes, tessellated brickwork and copper… so much copper.
In fact, metal conduit is so dominant that the AV contractor remarked they couldn’t even run speaker cable a few inches without copper or galvanised pipe making an appearance to conceal it.

ANY SOURCE ANY WHERE

The audiovisual aspects of the venue have also been well considered. The job was awarded to Showtime, which is increasingly responsible for a number top-draw hospitality venues around the traps.
There are 11 fixed point TVs and a large 160-inch projection screen (using a Hitachi CPHD9321 8200-lumen installation projector) in the function space, fed a choice of three Fox or three free-to-air sources.
A Wyrestorm NetworkHD video-over-IP system allows any source to be routed to any destination via a standard ethernet network and network switches. The system takes the place of a old-school MATV or RF modulated ‘pub TV’ system and is full HD. The Wyrestorm alternative means the TVs could easily fall under the control of the QSYS control system rather than requiring a bunch of remote controls.

The audio is all QSC. A large number of surface mount AD series loudspeakers and 12-inch subwoofers ensure even coverage while not overly exciting the room with all its reverberant hard surfaces.
QSC CXD network amps provide the power.
Showtime designed a simple iOS user interface for All Hands Brewing House managers to take control of the AV. To make matters easier, Showtime wrote a little script for the QSYS control system such that the background music level would automatically raise and attenuate in sympathy with the ambient noise level. When the joint is jumping, the music remains an element. When a group of 20, say, depart at once, the background music instantly heads south to ensure the levels aren’t jarring.
“We were given the luxury of a good audiovisual budget to spec an appropriate system into this venue,” noted Showtime’s Project Manager Aaron Lee. “As an audio guy myself, I know that if a venue’s music sound scratchy or edgy I don’t want to hang out very long. The audio is certainly a part of the venue that influences customers behaviour and sales.
“The All Hands’ audio is, in my opinion, nice and warm, and comfortable wherever you sit.
“The lighting, temperature, the aesthetics and the audio are all keeping me here spending money.” 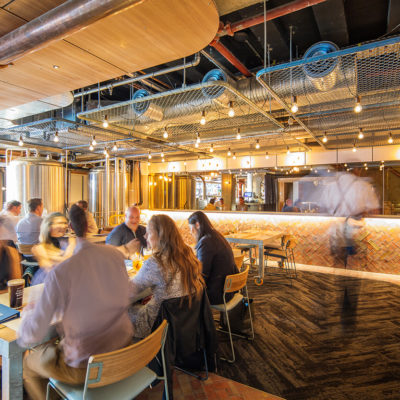 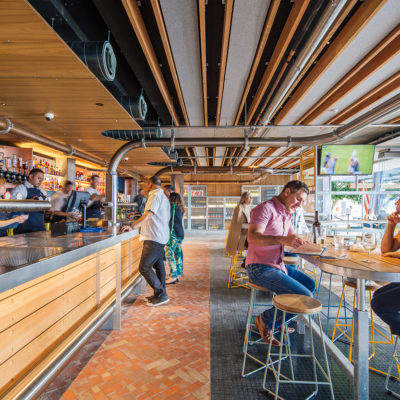 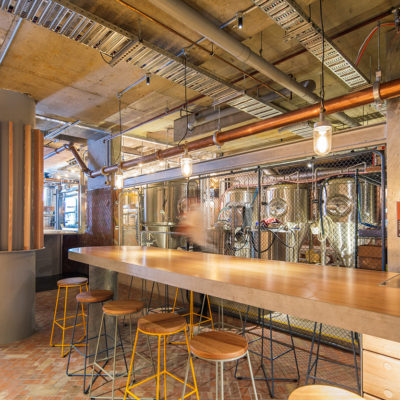 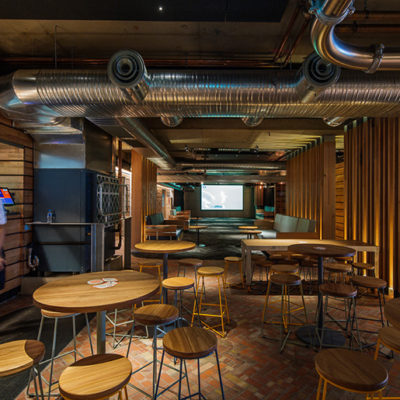 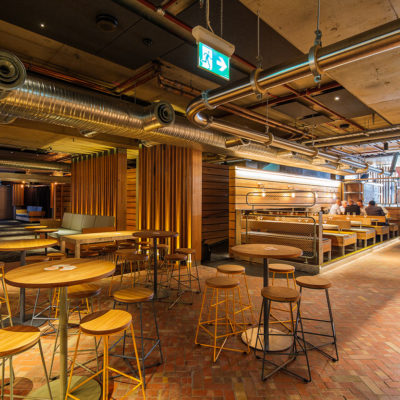 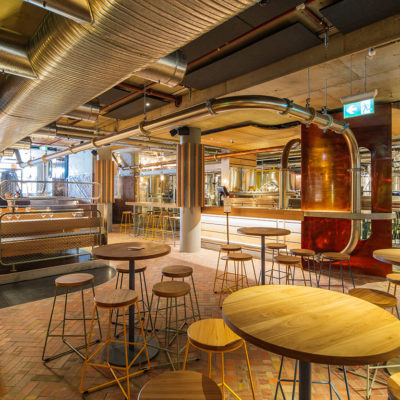 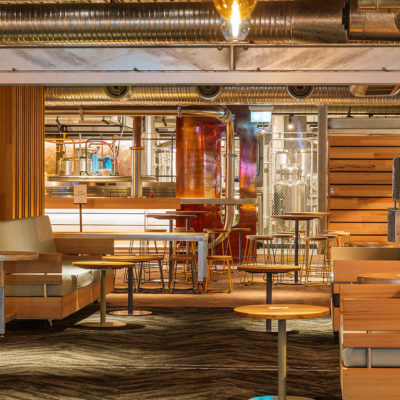 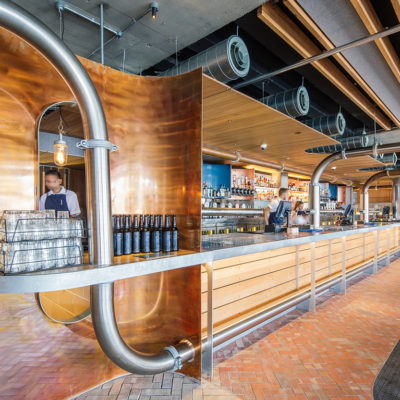 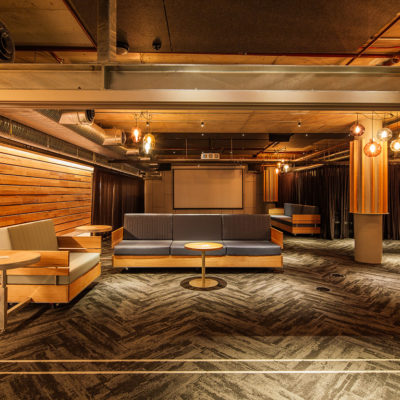 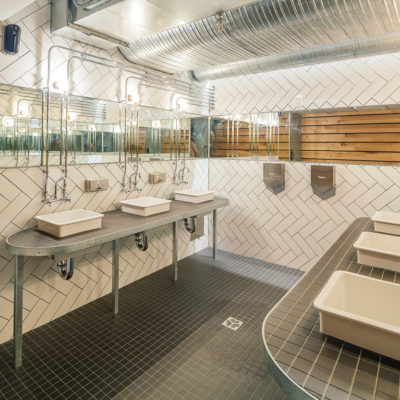 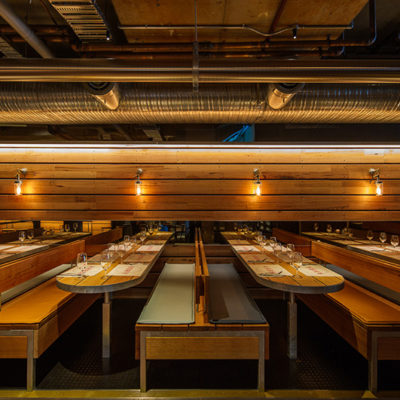 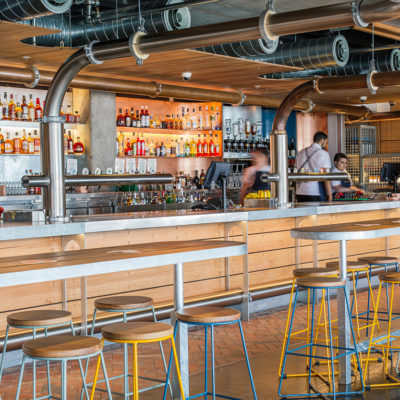 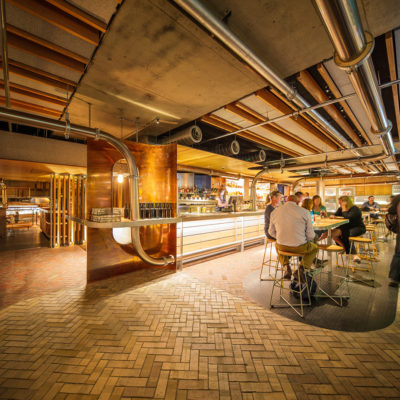 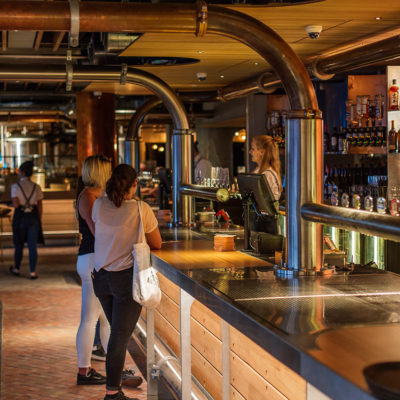 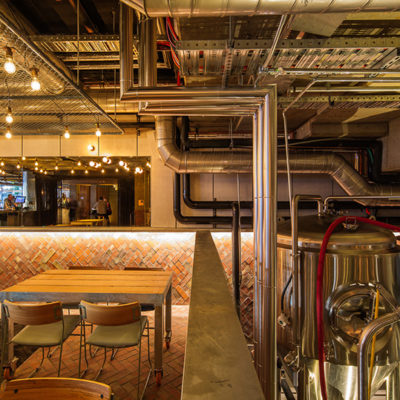 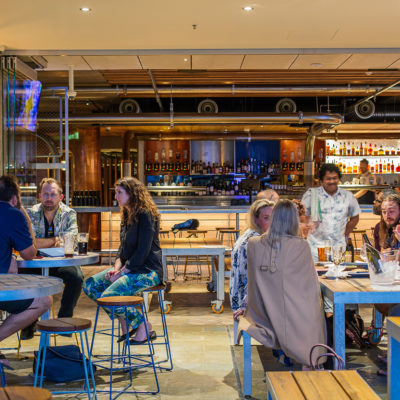