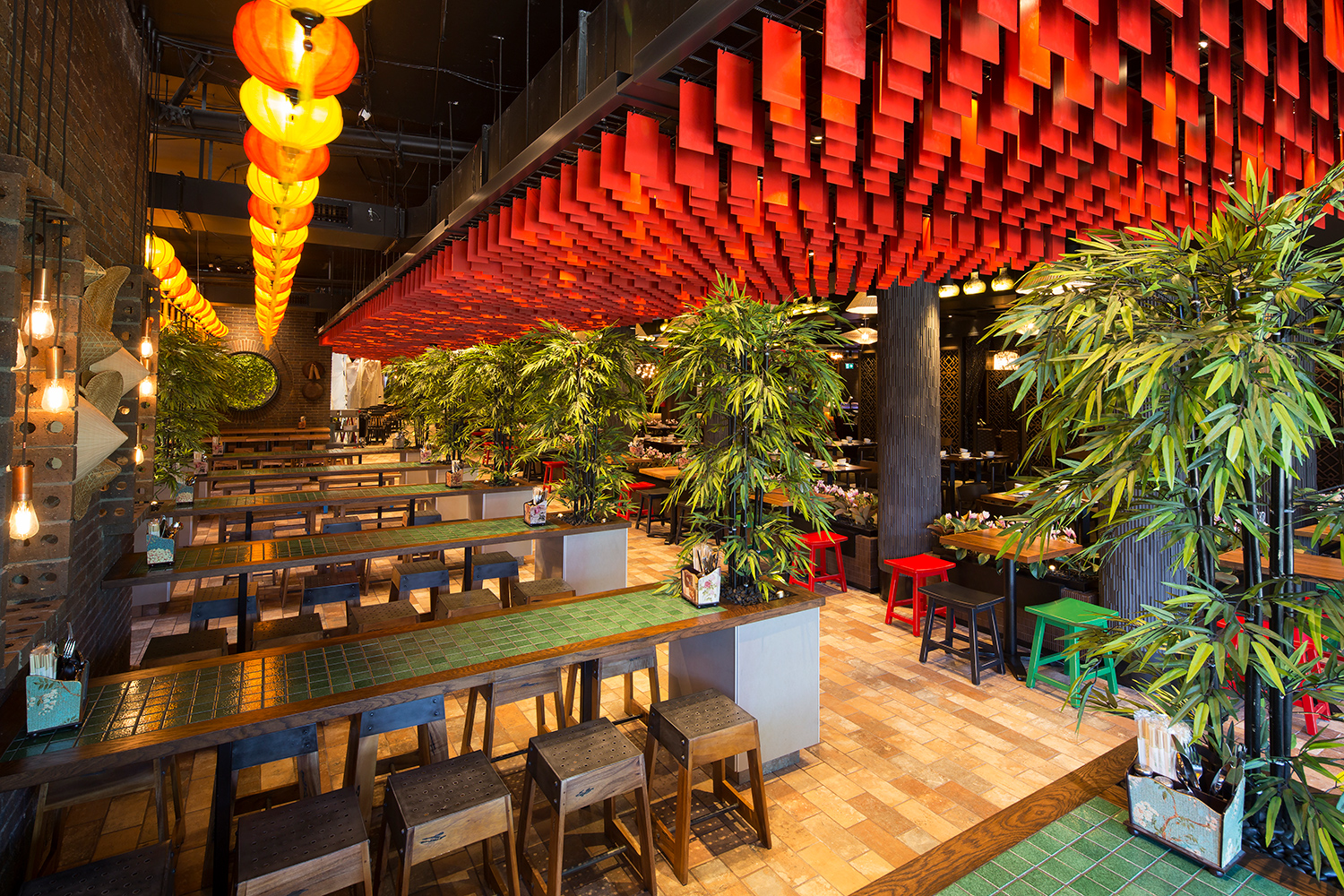 All eyes are on the ’burbs, as Altis & Rohrig realise a huge, innovative, everyman’s food concept for Cabra-Vale Diggers.

Far from the sparkling opulence of the harbour; far from the privilege of the ‘Goat’s Cheese Circle’; far beyond a Time Out correspondent’s normal CabCharge limit; far from the nearest Merivale gastro-pub are the unfashionable suburbs of Liverpool, Fairfield, and Cabramatta in Sydney’s West. It’s an unlikely epicentre of F&B innovation.

The clubs of the west are taking food seriously. Or at least there are a group of progressive clubs that are cementing their positions as community hubs with great food, at great prices in venues that are stylish and comfortable.

Cabra-Vale Diggers has go-ahead clubs such as St John’s Bowling and Fairfield RSL on its doorstep and wisely chose to lift its game.

Engaging Altis Architecture to develop an ambitious masterplan, the club has undergone a complete gastronomic transformation.

Not so long ago it launched its Brasserie on the Park and Poppy Café food outlets and most recently it’s launched a new food concept called District 8. Thus far they’ve dropped a cool $18m on the new direction.

District 8 is an enormous (2000sqm) Asian eatery that appeals to just about anyone with a taste for authentic South East Asian food in its various guises, including food from Vietnam, China, Laos, Thailand and Cambodia.

In many ways District 8 is more like a foodcourt than a restaurant. ‘Foodcourt’ might be a dirty word for many, but the intent is the same: to feed a large number of patrons with a selection of cuisines.

Where District 8 is doing something differently, is in the shared kitchen and back of house facilities. As many as eight (hence the name District 8) kitchens may be functioning at once but they all share the same back of house and loading dock.

Boris Belevski, CEO of Cabra-Vale Diggers elaborates: “There are eight food outlets that will be selling a wide variety of authentic Asian foods, with a concentration of South East Asian tastes. District 8 will be able to seat 550-600 diners at the one time. Plus there is an interactive playground for kids of all ages. All the dining precincts — which in total seat up to 900 people — will provide a multi-faceted East meets West eating hub, and are the demonstration of the club’s diversity.”

District 8 might be a big deal for the club but also for the key contractors. Rohrig took care of the build. It was on site for more than six months and represents one of its largest jobs.

Altis Architecture was not only responsible for the interiors but is looking after the entire masterplan.

Altis Architecture Director, Rolfe Latimer is clearly proud of the work his team has undertaken: “Our team has been working on District 8 for a number of years now, so it’s enormously satisfying to see it completed and being met with such enthusiasm. It’s not a typical club fitout and is unique to the food & beverage market. The fitout relies on earthy finishes to create an authentic Asian marketplace feel. It’s a large area and we have designed a venue that creates value for our client. Saying that, there’s an enormous amount of detail and layering in the interiors of District 8. The joinery, for example, is first class and highly detailed. Another example is the bathrooms, which are highly detailed. Some have likened it to Mr Wong’s in the city.”

I asked Rolfe about the impact District 8 will have on the way clubs and shopping malls will think about the large-scale service of food.

Rolfe Latimer: “Food and beverage, at the end of the day, needs to be profitable — efficiency and operation of layout is critical. In the District 8 design process we looked at a configuration that involved a number of isolated stations — not dissimilar to a food court layout. However, the cost of this design is significant and the labor costs are greater to operate that layout. Even though District 8 has up to eight kitchens, clearly there’s only one operator (Cabra-Vale Diggers), so it seemed to make eminent sense to have a central bar with shared back of house.

“The other dimension in all this is how to break up a large area in a way that appeals to a wide variety of people — from kids to VIPs. The design achieves this with zoning and the use of a ‘street’ and lanes.

District 8 also really values its regular gaming customers and the restaurant respects those patrons, such that they will feel immediately comfortable dining in District 8. It feels familiar, and not intimidating with CBD-style glitz and chrome.”

Next on Cabra-Vale Diggers’ ambitious program of development is a hotel. According to Rolfe Latimer it’s not your average suburban hotel, rather “a very contemporary design equal to the new CBD projects in Sydney”. More innovation? Why am I not surprised?

One compelling Rohrig drawcard is its ability to mock up one-to-one scale simulations out of polystyrene. In the case of District 8, nine mockups were produced, providing life-size simulations for the club to live with and test drive for a period.

Peter Hurley: “This was the most number of individual mockups we’ve built for any single job. The mockups allow us to capture insights, suggestions and possibilities, from the client and test alternatives. Everyone can have peace of mind before a project kicks off that what is being built will function right first time.The Rohrig mock-up process has created long term value for clients, along with the comfort of knowing that their expectations will be met. When committing significant funds to a new project or major renovation, it pays to reality-test your new spaces, before they are manufactured.

Tina Fox, Project Leader, Interior Design from Altis Architecture: “We wanted to create a unique environment where the customer could experience a culinary journey through South East Asia. We were particularly inspired by the tastes, smells and sights of the Mekong River that flows through Vietnam, Thailand, China, Laos, Cambodia and Myanmar. We also wanted to create an exciting space with an outdoor street feel and different types of seating and food and drink stations, creating a new discovery and point of interest at every turn. We have created ‘streets’ and walkways through the scheme, surrounded by columns, plants and Hong Kong-style illuminated signage to really give that feeling of being outdoors.” 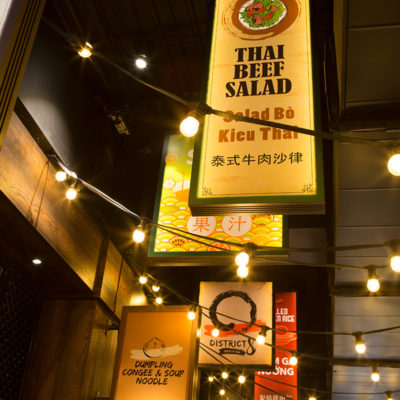 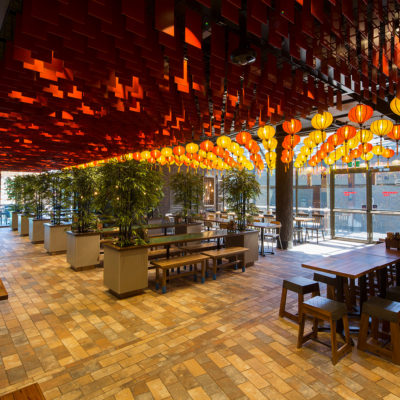 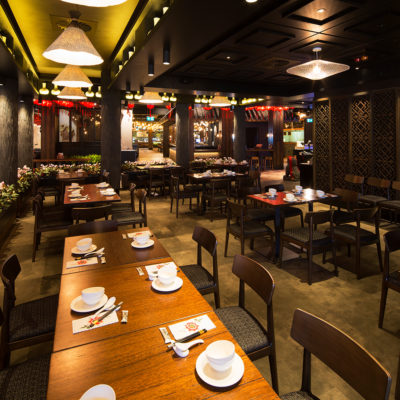 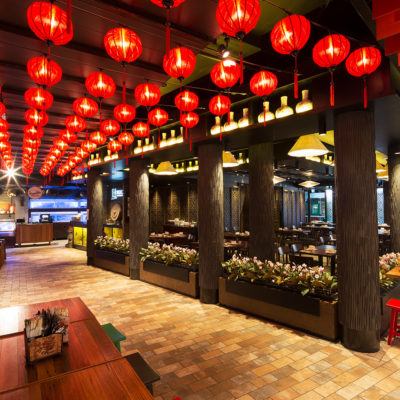 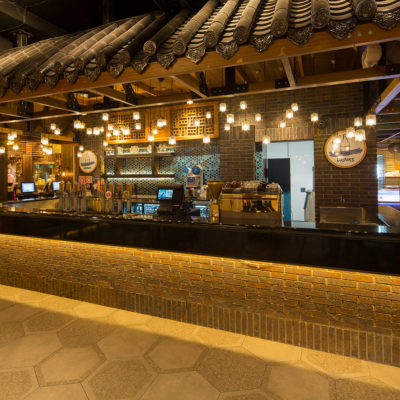 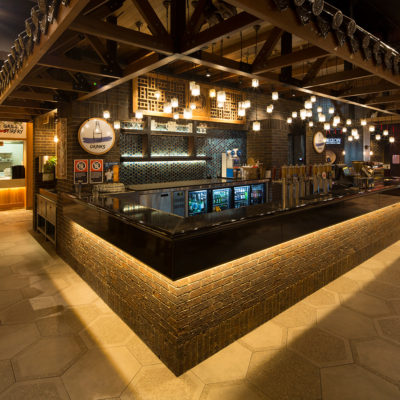 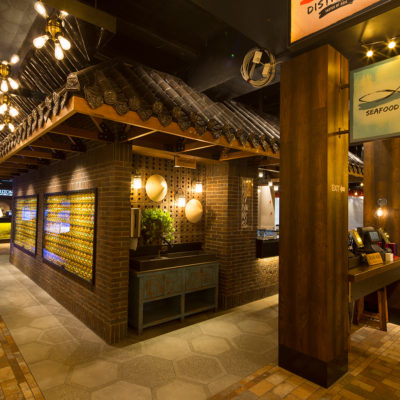 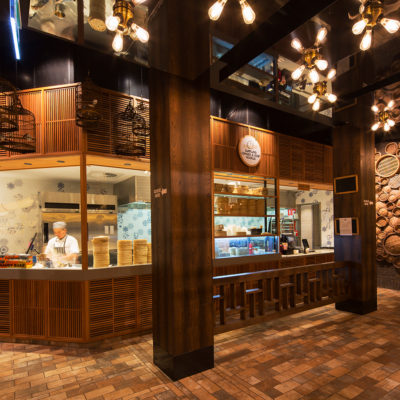 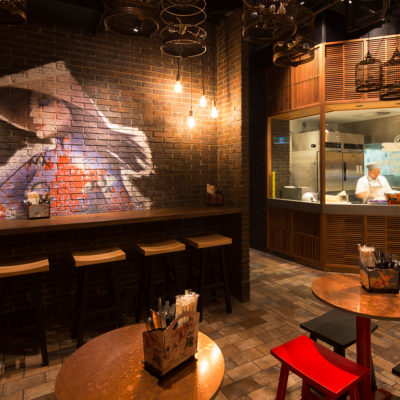 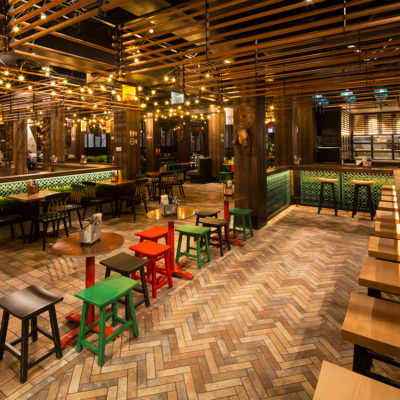 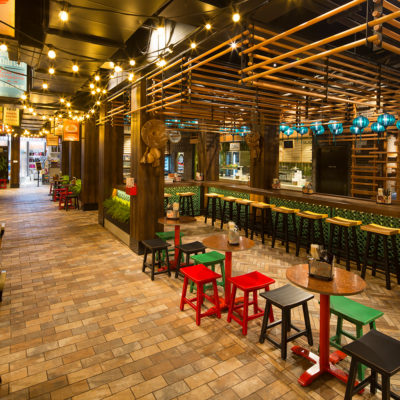 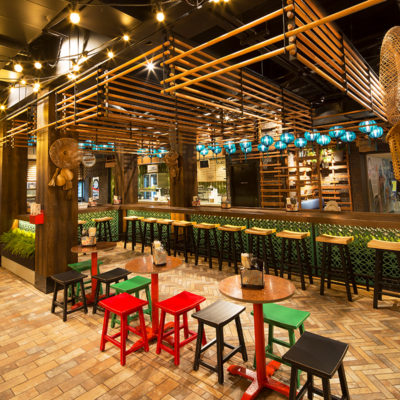 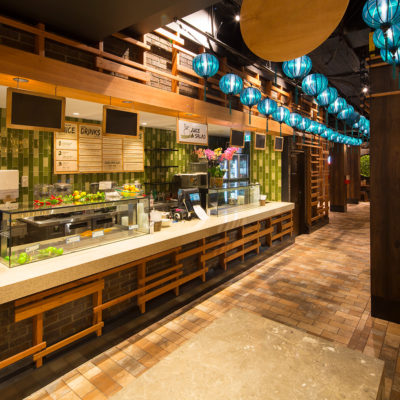 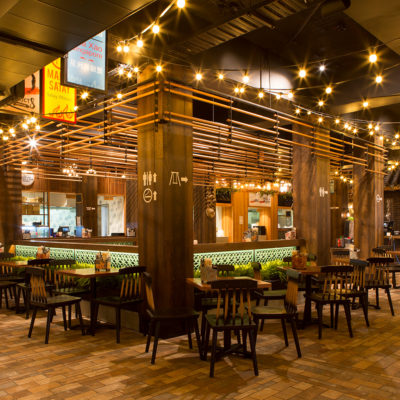 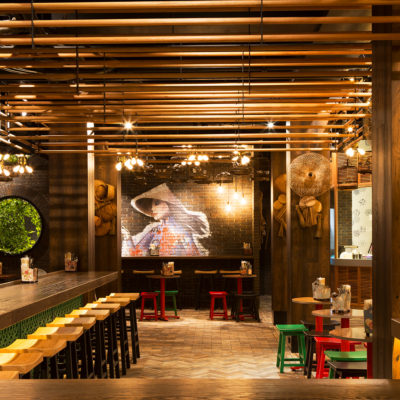 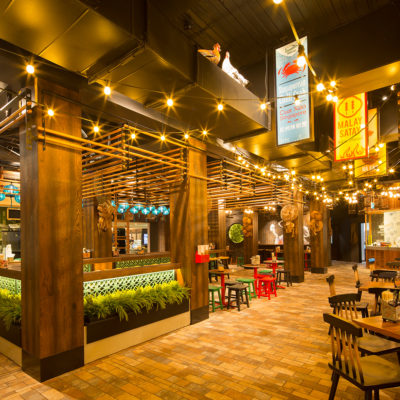 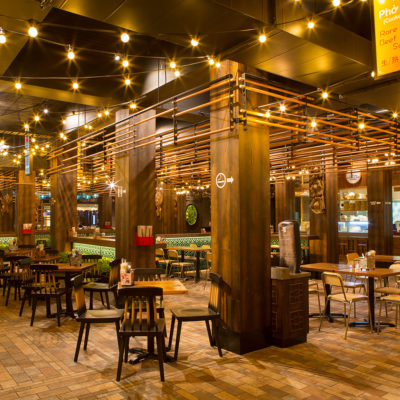 Tony Maluccio, Senior Associate Architect at Altis Architecture: “One of my favourite features is the red feature ceiling with over 5500 pieces of hanging red timber. This was a tricky item to design and to get the lighting to work — it took many days to install all the individual pieces but it creates a unique feature that leads you through the space. It was also a pleasure working with the operator, client and the team at Cabra-Vale Diggers on branding, marketing, brand values and operational flows. It brought the the ‘3Ps’ together: people, product and place. It always pleasing to see a venue holistically relate to the vision and concept, from interior architecture to signage. We believe this precinct achieves all of that.”