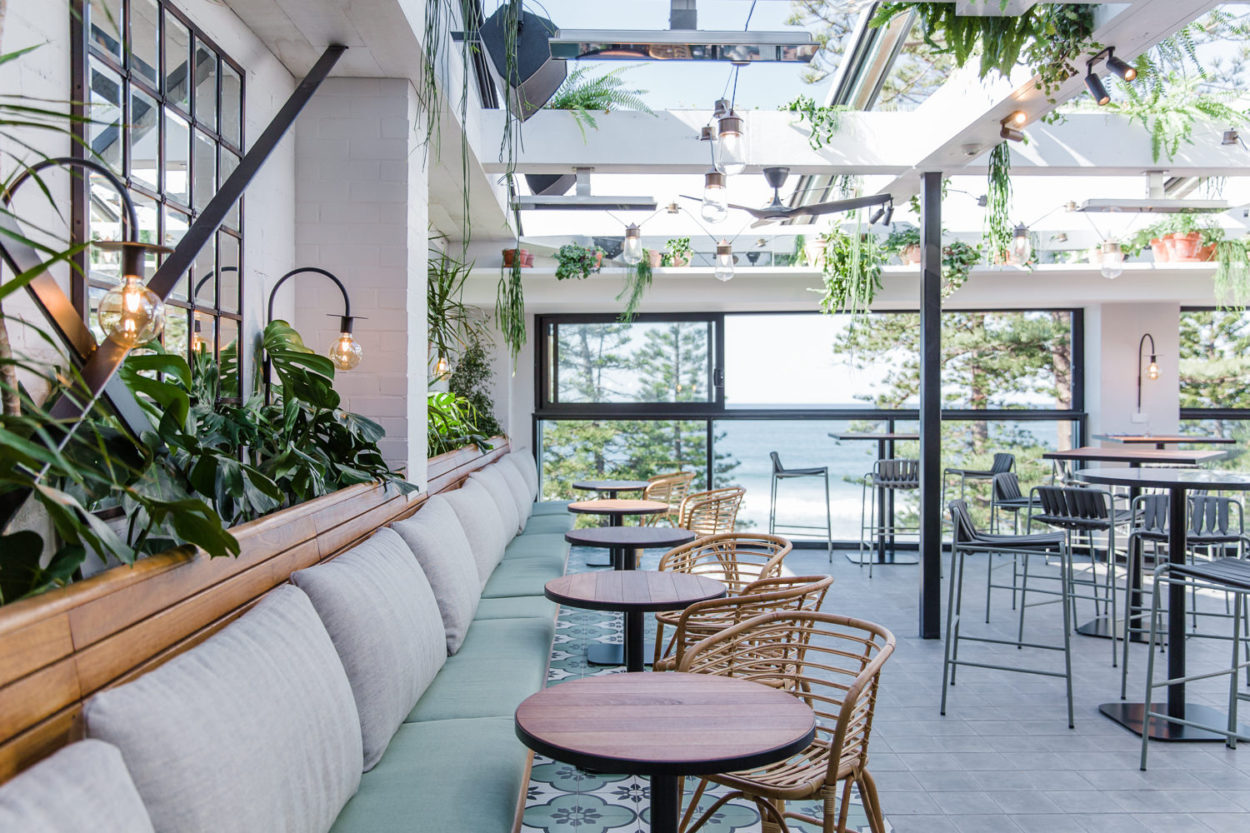 The restaurateur who jumped to Manly from Lavender Bay.

Not sure if it’s a case of not needing to try so hard, but Northern Beaches restaurants with ocean views haven’t always covered themselves in glory.
There’s plenty of talent on Manly Wharf, but — how to put this diplomatically? — there was still plenty of room for a quality operation on Manly’s beachside Steyne.
That operator is Greg Anderson. He’s the owner/restaurateur of Sails on Lavender Bay, which has been a considerable success.
Underneath Greg’s laid back demeanour is real ambition. Otherwise it’s hard to explain his new enterprise, Manly Greenhouse.
Manly Greenhouse is a large undertaking, with a full hand of potential pitfalls and gotchas. The upsides are great, but this is a project with even more risk than the average hospitality play.

First up, the location might be prime — right on Manly Beach two doors down from The Corso — but it had a poison-chalice legacy. The previous tenant misused the license. There were constant noise complaints and outlaw bikie gangs would settle in for all-nighters, peppered with punch-ups. The Police hated the place as much as the residents upstairs.
Suffice it to say, getting the plans through council required persistence.
There were some heavy construction headwinds as well. Building a deck on Level 1 added an additional unplanned six months of construction time, for example.
Greg, and his business partner Patricia Nunes had to hold their nerve.
Part of their confidence lay in bringing in industry stalwart, Craig Hemmings. Craig is a veteran of tough openings. In fact, while he was waiting out the Greenhouse delays he opened Chin Chin Sydney for the Lucas Group. It gives you a sense of the calibre of the man.
“We knew we needed a great operations guy to launch the Greenhouse,” reflected Greg Anderson. “We were lucky enough to get the best.”

The three-level Greenhouse concept is nifty: everyday dining on the groundfloor, a rooftop bar up top, and a swankier grill in the middle.
In a few short weeks it’s really hit its straps. Although the grill house hadn’t opened when venue dropped by in early October, the two other levels had already gone to a seven-day schedule. What’s more, for half the week there have been significant wait times on the wood-fired pizza and Italian share plates on the ground floor. No matter, patrons have been more than happy to head upstairs to the rooftop bar for a cocktail and a mobile phone alert.
“The rooftop bar acts as an upmarket holding room for diners,” commented Craig Hemmings. “We’ve found that people are more than happy to go up there for a drink knowing a table will eventually be waiting for them downstairs.”

Taking the Greenhouse plunge was a huge risk for Greg Anderson and Patricia Nunes.
The new venture is on a totally different scale to Sails on Lavender Bay. They couched their risk in the savvy engagement of Craig Hemmings. “He’s the guy who makes decisions,” noted Greg. “If there’s a question mark over any aspect of operations, he has the experience and the instinct to go ahead and make the right call.”
Compared to Greg’s restaurant, Greenhouse ratchets up activity at least three-fold. Sixty staff instead of 20, for example.
But those numbers can be deceptive. The stress on the systems is manifold more. It’s something Greg is acutely aware of. In fact, the operational efficiencies so crucial to the Greenhouse have flowed into Sails, thanks to a single back office and staff willing to come for the ride. 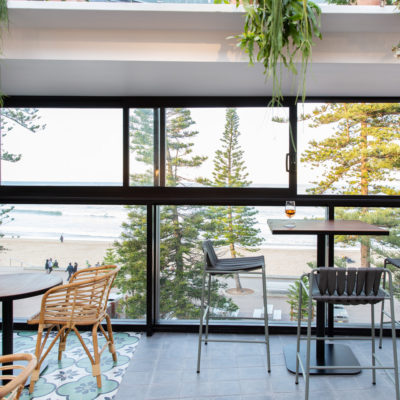 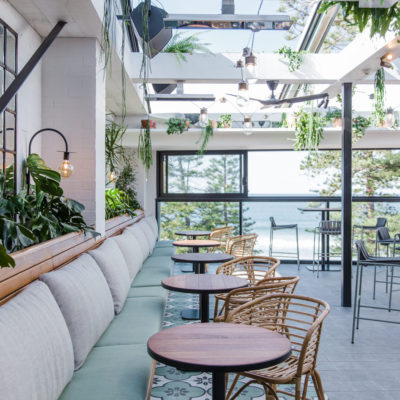 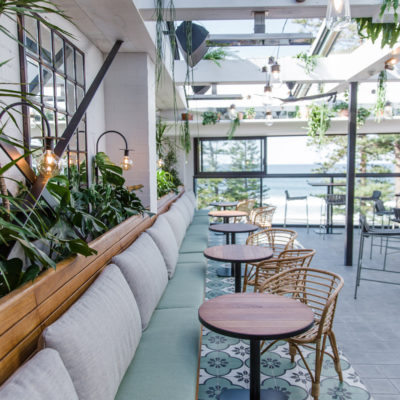 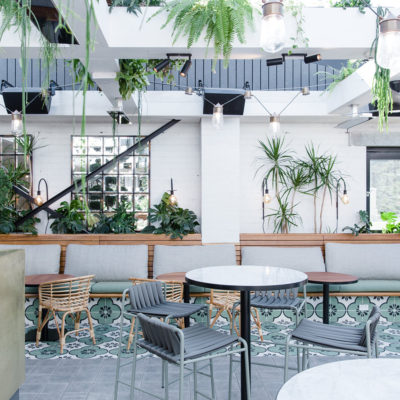 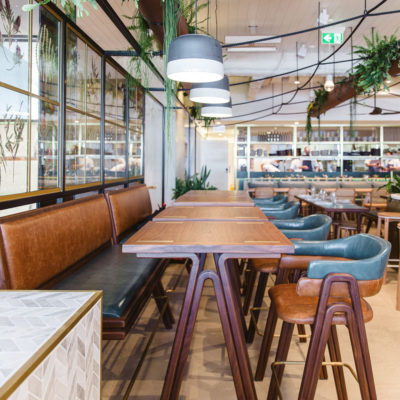 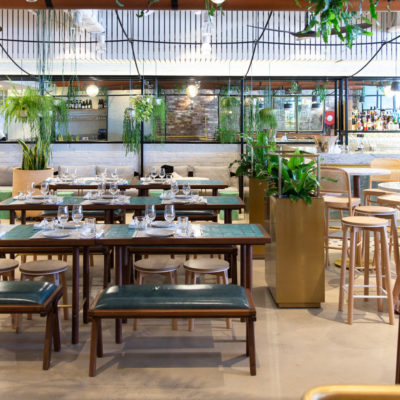 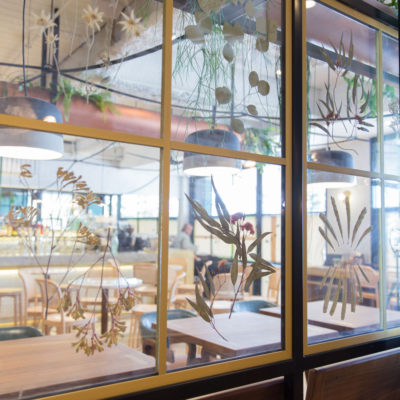 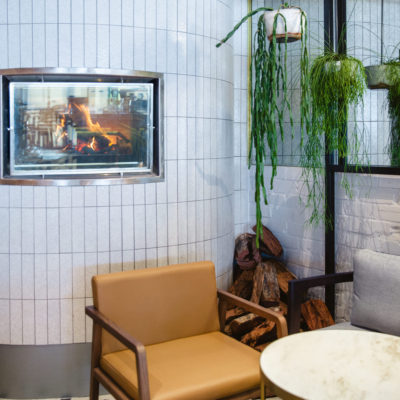 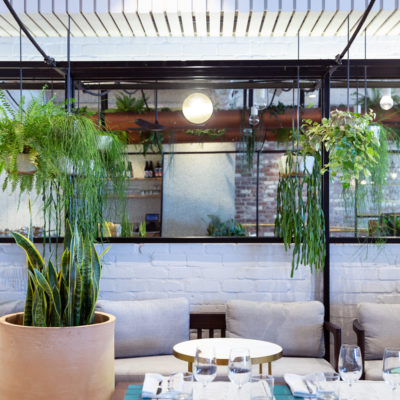 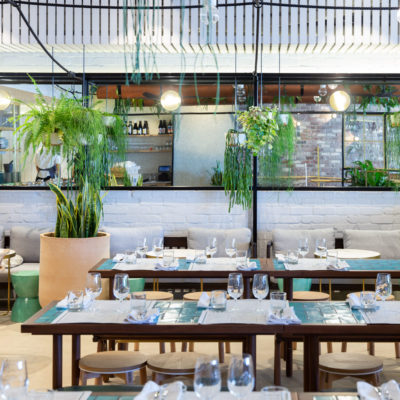 Craig Hemmings: We had three heating systems on our short list — three systems we had here on site, plugged in and tested.

The aesthetics of the Bromic system sold me. It’s a good looking machine and incredibly efficient — we’ve found ourselves inching the output of the heating down because they’re so efficient.
Our interior designers [Luchetti Krelle] were also sold on them because of the aesthetic.
Rachel Luchetti: They do look good. We use them in almost every project. The radiant heat is great. It heats the people not the air. And they’re especially effective with the sea breeze. The radiant heat remains really effective.
Craig Hemmings: On the rooftop bar, we needed a really good heating solution. People love to be up there whenever they can with the roof retracted. With the comfort provided by the Bromic heaters, people are always happy to sit outside. The Bromic option wasn’t the cheapest. But we made the right decision.

The Greenhouse features an AV system that represents everything now expected of a modern large hospitality venue.
All the systems sit under the umbrella of an AMX control system. The Dynalite lighting system, the Symetrix audio loudspeaker controller, the heating, the retractable roofing system and more. The advantages of controlling multiple systems from one user interface are obvious. Traditionally, the cost of a control system like AMX would deter operators from moving in this direction, but increasingly the one-stop benefits are outweighing the outlay.
Dave Coxon from DJW Projects designed and installed the system. From an audio perspective, the brief was to install a loudspeaker system that had good coverage, provided a good level of energy and warmth without being too loud.
The rooftop bar features DJs during peak periods and needed a loudspeaker system that could kick, was waterproof and features good pattern control to ensure minimal sound leaked elsewhere. Dave Coxon spec’ed an EAW installation series lou dspeaker powered by Powersoft amplifiers.
Downstairs, smaller Audac SX502 moulded plastic loudspeakers handle background music duties. In a world awash with loudspeakers such as these Dave Coxon declared the Audac alternative to be a “nice sounding, reasonably priced plastic box with a good bracket”.
Acoustic Technologies 10-inch subwoofers were selected for all levels, filling out some of the low-end without sending subsonic frequencies through to the residents of the building. The sub is also very low profile, allowing the cabinets to be designed into the interiors.
Acoustics was another big consideration for the team. Downstairs would be happily raucous, while the grill house would be treated to encourage conversation, reflecting the older average age of the target demographic. Dave Coxon worked with the interior design team on a range of acoustic treatments to ensure an extra level of comfort.