The Espy’s history is full of stories. This is one of them.

Every now and then a story that has very little to do with running venues, is a story worth telling in venue.

We discovered such a story about a year ago when we took over the Espy – The Hotel Esplanade in St Kilda. While you probably don’t know this story, you probably do know The Espy itself. The Espy is one of the most famous and storied pubs in the country.

The Espy was built in 1878 on the sloping banks of the St Kilda foreshore, when St Kilda was a playground for the rich and famous of Melbourne, Australia, and, in several notable cases, the world. St Kilda Road and The Esplanade were lined with enormous, grandiose mansions. The beach was crowded with sea baths. A tram bought wealthy Melbournians, still enjoying the benefits of the 1850s Gold Rush to the beach to frolic and play. Originally designed as three terrace houses, the architects Smith & Johnson, responsible for designing the impossibly grand Melbourne GPO and Law Courts, convinced the owner part way through construction to go for something a little grander. And so a 60-room hotel was built, in the Renaissance Revival Regency Resort style with Italianate references. (Yes, that’s the actual Architectural style! I didn’t make it up!)

The Hotel Esplanade was born. And it’s been the Hotel Esplanade for every one of the 140 years since. Through until the 1920s it was a luxury accommodation hotel, whose guests included Mark Twain and Sarah Bernhardt as well as a long list of Melbourne’s wealthiest businessmen and families. In the 1920s new owners added an art deco extension off the front of the grand Victorian façade, and a large ballroom at the rear, and for the first time opened up parts of the ground floor to the public, with a public bar and lounges. By the ’60s and ‘70s the Hotel Esplanade followed St Kilda’s downward socio-economic trajectory, as the wealthy moved out and the artists, prostitutes and criminals moved in. Of course, depending on your view, this change didn’t make St Kilda a worse place to be, but rather a different place to be. From the ‘70s on, the Hotel Esplanade was one of the many iconic live music venues that made St Kilda the home of music in Melbourne.

In the last 30 years, enormous battles have played out between council, developers, the state government and the local community. On many occasions the hotel was earmarked for demolition, and on each occasion, a highly organised and deeply passionate groundswell of local support forced a stay of execution.

This particular story is less about the hotel than it is about one of its guests: Alfred Felton. In 1853 — with the gold rush in full swing and Melbourne fast becoming one of the richest and biggest cities on earth — a young Englishman arrived to make his fortune. And in short order he did. First, selling wares to miners in the goldfields, and then as a wholesale druggist, glass bottle maker and pastoralist. From early on he loved St Kilda. He loved its clean air and clear water, its refined atmosphere, its proximity to the bay, to the steamships that plied the routes to Williamstown, Geelong and Sorrento. And he loved the Hotel Esplanade. So much so, in 1891 he moved in permanently. He took over two rooms at the front of the ground floor, looking out over St Kilda pier and the bay, and he slept in a third room on Level 1.

His filled the lower rooms with his extraordinary collections: paintings, sculptures, books, magazines, furniture. As fate would have it, an innocuous photo album went to auction 10 years ago, containing photos of some paintings recognised as once belonging to Felton. Upon further investigation, other photographs were discovered, these ones of a series of Victorian parlour rooms, circa 1900, crammed to overflowing with sculptures, books, magazine, furniture and – you guessed it: paintings. Felton’s paintings.

And so now we have 10 beautiful photographs of the inside of Felton’s Espy rooms, and in some ways too, the inside of Felton’s mind. For it was his love of art, and the role art could play in enriching our lives, that informed the most extraordinary part of this story. Throughout his entire adult life Alfred Felton had been generous. A bachelor, his only family a long way away in England, he had always donated large sums of money to local worthy causes, especially those of women and children. His art was his other great outlet.

Even so, when he died in his bed at the Hotel Esplanade, in 1904, and the details of his will became known a few weeks later, no one had the slightest notion of what he had planned. His entire estate, worth nearly 400,000 pounds (equivalent to perhaps $100,000,000 today) was to be administered by a committee, to distribute half its annual earnings to local charities supporting first children, then women; and half to purchase art for the National Gallery of Victoria. In that moment, the NGV became one of the wealthiest galleries on earth, with more acquisition funds than London’s Tate and National galleries combined. In that moment, Melbourne changed forever.

Of the NGV’s estimated $4 billion worth of art, about $3 billion of it was purchased through Felton’s bequest. And it’s still purchasing art now. And still supporting important charitable work. Felton loved the Hotel Esplanade. It was in his magnificent art-crammed rooms at the hotel, sitting on a park bench every afternoon out the front of the Hotel, lying in his bed on the first floor of the Hotel that he planned this extraordinary gift to the people of Australia. We’ll never be able to thank him. But we’re sure as hell gonna tell his story. 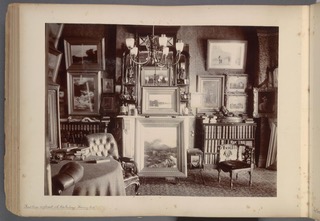 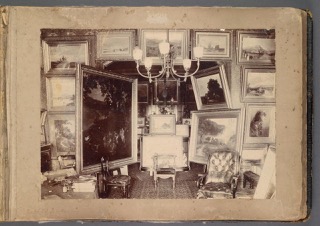