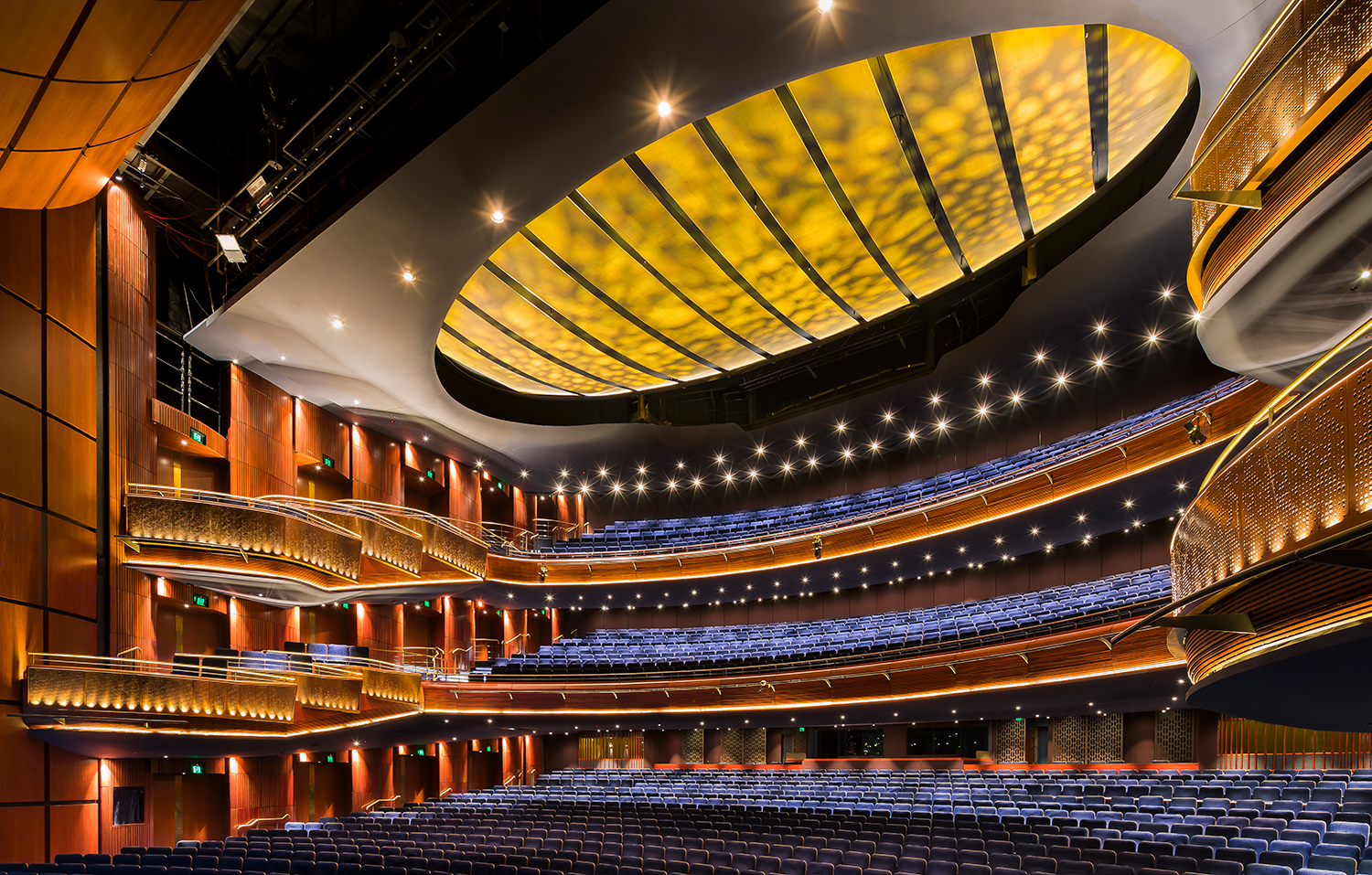 A musical like The Book of Mormon might seem like something very much of its time — contemporary, slick and self-aware — but at its essence it’s musical theatre in the mould of all its eminent predecessors back through the 20th and even the 19th century.

As a piece of musical theatre The Book of Mormon presses all the same buttons, tugs all the some heart strings, ‘brings it home’ with the same sort of show stopper… albeit more masterfully than most.

Similarly, a production’s demands on its venue are mostly the same as they’ve always been.

Sure, fewer people die in huge conflagrations from an errant cigar butt. Meanwhile, lighting and staging has become far more automated and less likely to drop on someone’s head; but at its heart, the producers of a show like The Book of Mormon want to play to full houses where they can really connect with an audience.

Which is why  The Book of Mormon turned down the Sydney Lyric Theatre in Sydney. When scouting for the right venue, producers felt the 2000-cap theatre (built back in 1995) just wasn’t intimate enough.

Rather than roll over, the Sydney Lyric responded. The owners commissioned plans for a redevelopment. Something that would inject intimacy and flexibility.

Thanks to the fine work of Altis Architecture, Schuler Shook (theatre planners and lighting designers), Richard Stuart (theatre consultant) and acousticians Acoustic Studio, the proposal was everything The Book of Mormon was hoping for.

The Sydney Lyric won the gig.

IN THE BOX SEAT

Casual observers will be hard pressed to see how all the millions of dollars were spent. But with a little explanation, all is revealed:

Effectively the work has squeezed the theatre in on the sides, losing some width, then adding rows of seats to bring the audience closer to the stage. The box seats were reconfigured to be more forward facing and deliver on the promised primo experience.

It doesn’t sound like much, but as Altis Architecture’s Andrew O’Connell explains, if they cut the structure to the bone any more, they were in danger of demolishing it.

“I went to Cameron Mackintosh [producer and theatre owner extraordinaire] in London,” recalls Andrew. “And we talked about what we could do to the theatre to convince them to use the Sydney Lyric for Book of Mormon.

“It became clear we would need to seriously reconfigure the theatre: bringing the dress circle forward by four rows, reconfiguring the boxes, doing some real structural gymnastics. It’s very difficult to do something like this without bringing the structure down.”

Not only was the client’s brief to make the theatre more intimate, it also demanded what was termed a ‘breathable theatre’. Deputy GM of the Sydney Lyric (and its Sydney sister, the Capitol Theatre) Paul Rigby explains:

“We wanted the ability to run the theatre  in different modes: a 1350-seat capacity, as well as a 1550-, 1750-, and 2000-seat capacity. Not only that, but we wanted that ability at a touch of a button. We didn’t want physical walls that needed to be stored and would require considerable manpower to put in place. At the push of a button we wanted to instantly reset the theatre to go from playing to 2000 people down to 1350 people.”

“The inspiration for the solution came from looking at the blinds in my living room,” Andrew recalls. “Sound goes through them, but when you shine light on them they appear solid. That was the basis of the solution, and an almost off-the-shelf solution at that.”

And this was the key: providing a change to the perceived size of the room, not the actual size of the room. Get it wrong and the acoustics would be altered and the sound design would be wrong for the space.

The automated blinds mean that audiences can fill all the seats closest to the stage. There’s no need to close off tiers of seating.

And because of the Continental-style design of the theatres, with the exit doors along the sides rather than the rear, the blinds don’t interfere with ingress/egress.

The upshot: the show always plays to a full house. Genius really.

As for the interior design itself? Altis has reinvigorated the space with the right amount of glamour. The banks of doors either side of the theatre are now mercifully obscured with smart-looking architectural curved timber ‘blades’. The ceiling mural (definitely of its era) has been masked by striking copper screens.

One thing that has never changed about a positive trip to the theatre is the sense of occasion — the experience. Producers like Cameron Mackintosh; shows like The Book of Mormon; and theatres like Sydney Lyric understand that this is how you get audiences to keep coming back for seasons that can run for months or even years.

Thankfully a ‘tentpole’ production like The Book of Mormon gave the Sydney Lyric Theatre the confidence to invest the millions of dollars required to retool its venue.

“New theatres don’t get built very often, and theatres of this scale don’t get refurbed to this extent very often,” observes Paul Rigby. “Especially not privately-owned theatres — it’s very rare for private enterprise to do this. Without the deep pockets of a state government, for example, we needed to run very lean with a small team of experts. We’re very proud of what we’ve achieved and extremely pleased with what Altis Architecture has designed, and the team’s ability to work with specialists such as the the acoustician and the theatre consultants. The end result is fantastic. Altis has really done a great job.” 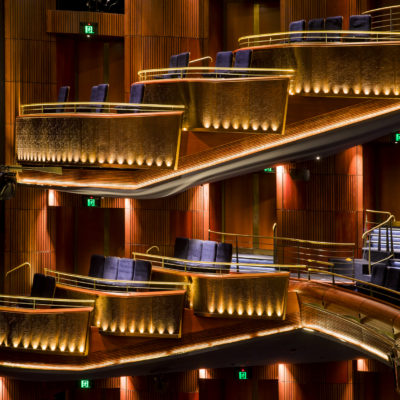 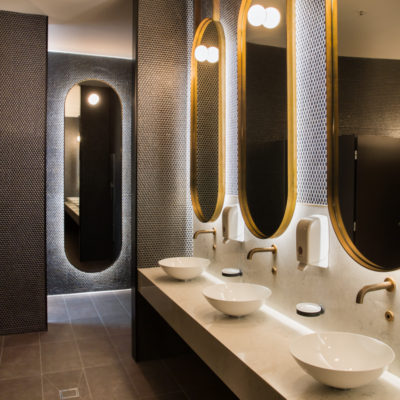 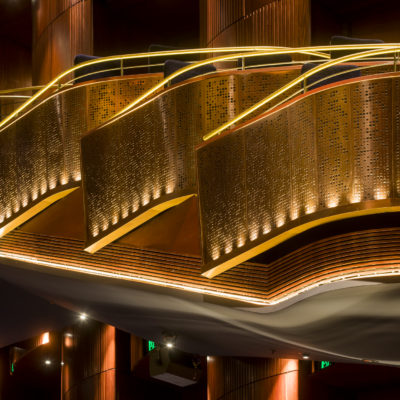 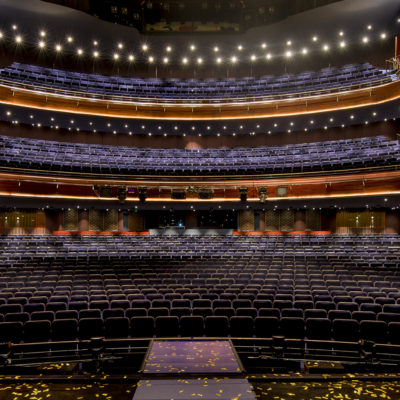 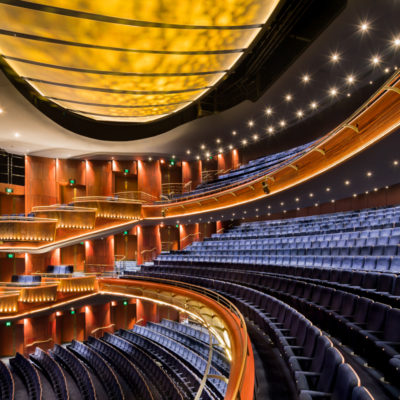 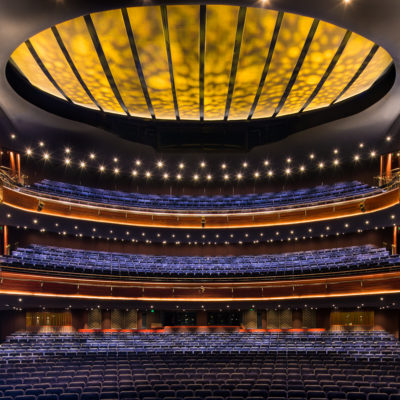