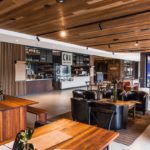 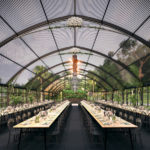 THE BIRTH OF A NEW INSTITUTION – WELCOMING YOUNG’S WINE ROOMS

A new chapter is set for one of the most iconic buildings in Melbourne’s inner East, with Young’s Wine Rooms officially opening its doors in the 100-year old building that formerly housed the historic Young’s Auction House. A versatile wine bar with a Mediterranean food focus, Young’s Wine Rooms is an exciting proposition from the experienced hands of the Klapanis family; the team behind East Hawthorn’s St Cloud Eating House and a string of other hospitality hotspots around Melbourne over the past 30 years.

Located opposite the Rivoli Cinema on Camberwell Road, Young’s Wine Rooms is a homecoming of sorts for the Klapanis family, who are returning to their continental routes following the South East Asian detour of St Cloud, with a food and beverage offering that sings with flavours from all corners of the Mediterranean. Drawing on the original structural elements of the longstanding former auction house, Young’s Wine Rooms delivers a multifunctional destination ideal for eating, drinking and entertaining with a dedicated cocktail bar, modern restaurant and alfresco-style internal courtyard.With an array of seating options, from intimate tables of two to large communal dining and bar seating, Young’s Wine Rooms presents as a perfect meeting place for groups of friends, a romantic night out, or for a drink and bite from the ever-evolving menu of smaller mezze and tapas, balanced by a selection of larger dishes and a sophisticated cocktail and drinks menu.

Owner James Klapanis sees Young’s Wine Rooms as an exciting addition to the area’s burgeoning hospitality scene and says he was naturally drawn to the location following the overwhelming feedback from the local community after opening St Cloud. “The success of St Cloud proves just how ripe the area is for quality hospitality venues that are a dime a dozen in the CBD. This area is a growing neighborhood with an ever more sophisticated and discerning public, who has been starved of good eateries for quite some time. Young’s will be an invitation to eat well, drink well and have a fantastic time, any time,” says Klapanis.

With a name and interior fit-out that doffs its cap to the building’s heritage, Young’s Wine Rooms offers a light, modern slant on classic Southern-European flavours, underpinned by a wine list featuring creative mix of old and new-world labels, compiled by Sommelier Guillaume Barray. Lending a French technique driven approach to the food menu is Head Chef Nicola Akritidis (Vue de Monde, Attica, Longrain and, most recently, South Melbourne favourite Park Street Pasta and Wine). He is backed by a diverse team of chefs with Turkish, Italian, Spanish and Greek heritage - each imparting their own rich culinary experiences and flavours to the menu, which explores the intersecting tastes of Southern Italy, the Iberian Peninsula, Greece, Anatolia, Dalmatia and the Istrian Coast.

The cocktail list, crafted by American bartender Nori Schmidt (NYC, Florida, Southern California), backs up a wine list that boasts a considered mix of both up-and-coming and established Australian labels alongside a selection of classic drops from France, Italy and Spain and more adventurous tastes from Georgia, Greece and Croatia.

The design by interior architect Elle Critchley (St Cloud, Feast of Merit), hooks into the legacy and iconic identity of the building and its rich history as an auction house since 1910, which was owned and operated by the Young family as Young’s Auction Rooms (Auctioneers and Valuers) for the past 80 years. Imbuing a sophisticated design that draws on and enhances the grand exterior and internalstructural features of the heritage building, the design brief from Klapanis placed a lot of emphasis onrestoration to ensure justice was paid to the building’s beautiful bones. The new-look Young’s WineRooms features wide doors and windows that open up onto a champagne and cocktail bar (serving atapas style selection of charcuterie, salumi, seafood and crudi), leading onto a mezzanine area fordedicated dining and out onto a sun-drenched internal courtyard with a retractable roof for summerand winter enjoyment. Natural, raw and muted tones inspired by those found while holidayingthroughout the Mediterranean have been applied to create a universally appealing and timelesspalate, resulting in a relaxed, warm but familiar aesthetic. “We really wanted to maximise thearchitectural envelope and its heritage without interrupting the existing brick walls, high ceilings andexposed beams. The crisp contemporary internal bar and kitchen tread lightly within the heritage shell,while sympathetic neutral and textured tones modernize the space while highlighting the originalarchitectural features in contrast,” says Critchley.

In considering his approach to Young’s Wine Rooms, Klapanis wanted to continue the narrative left bythe former business that stood on the site for the past 80 years and became such an icon in thecommunity. “Most people in the area and many in wider Melbourne automatically recognise thebuilding as Young’s Auction House. We really wanted to capitalise on that history and recognition inthe name of the business, with a reverence for its past incarnation and an attachment to everythingthat makes the site, the building and the neighbourhood special. The brand also conveys a sense ofcontinuity – a fresh entity that has adopted a young, dynamic, playful and most importantly, hospitableapproach to a long-standing neighbourhood stalwart,” says Klapanis.

Adding further credibility to the strip’s hospitality credentials will be East End Wine Bar, an intimatewine bar and bottle shop owned by Melbourne ruckman Max Gawn and his business partner, due toopen in the site next door (one section of the old Young’s Auction House) in a few months’ time.“We’re thrilled to be sharing the site with the boys next door and together I think we can create abuzzing hospitality destination that will become an institution of its own for decades to come,” says Klapanis. 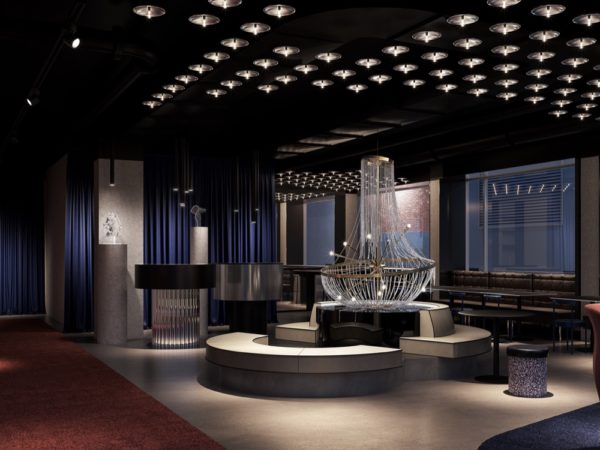 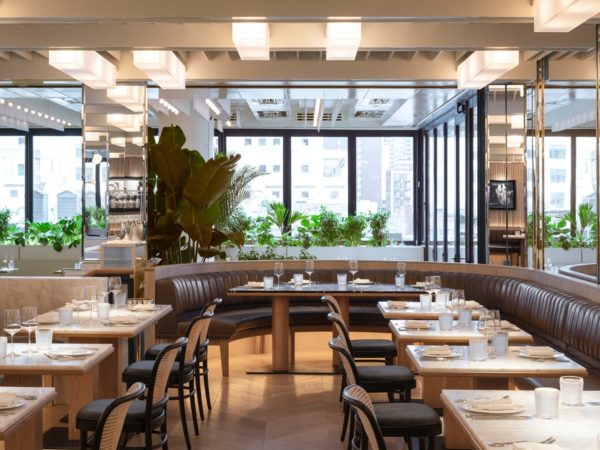 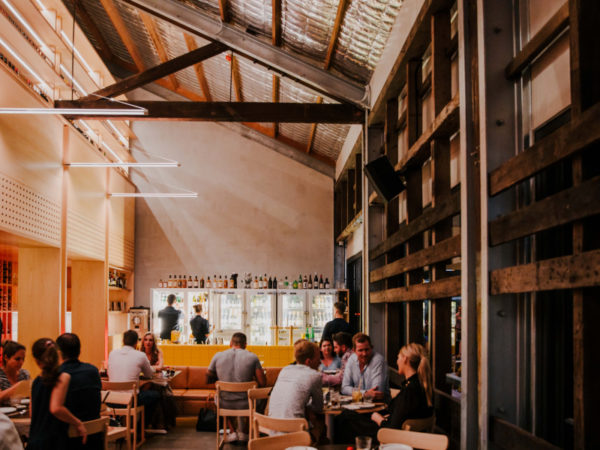 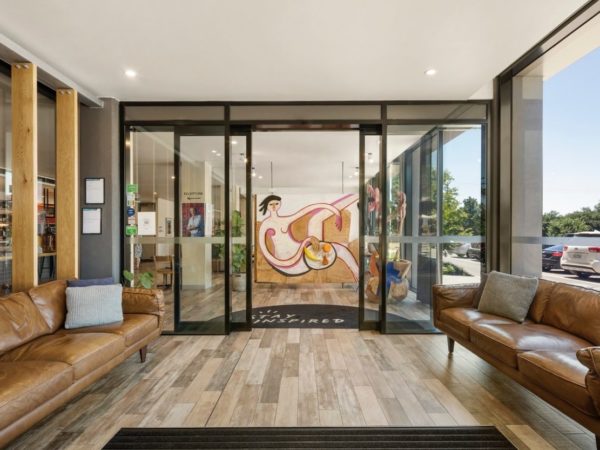 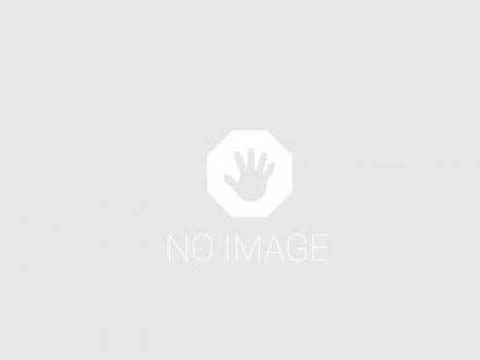 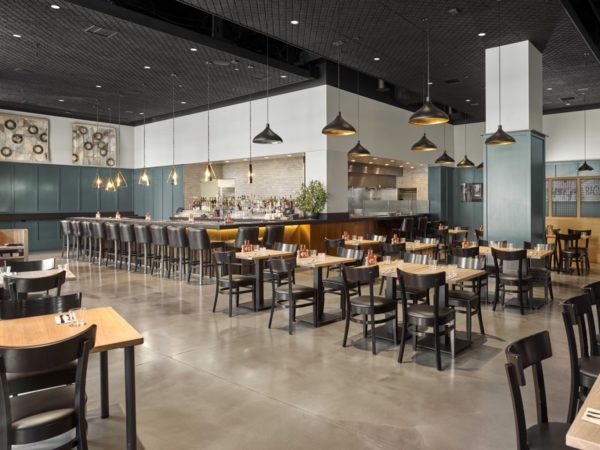 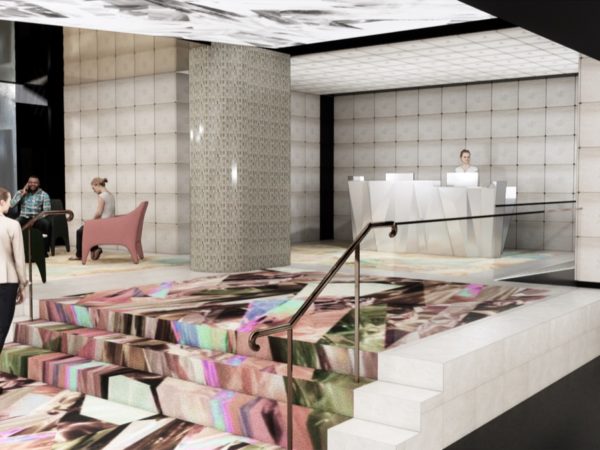 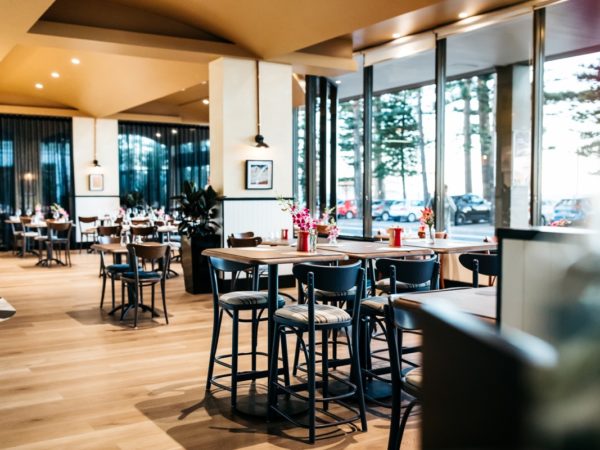