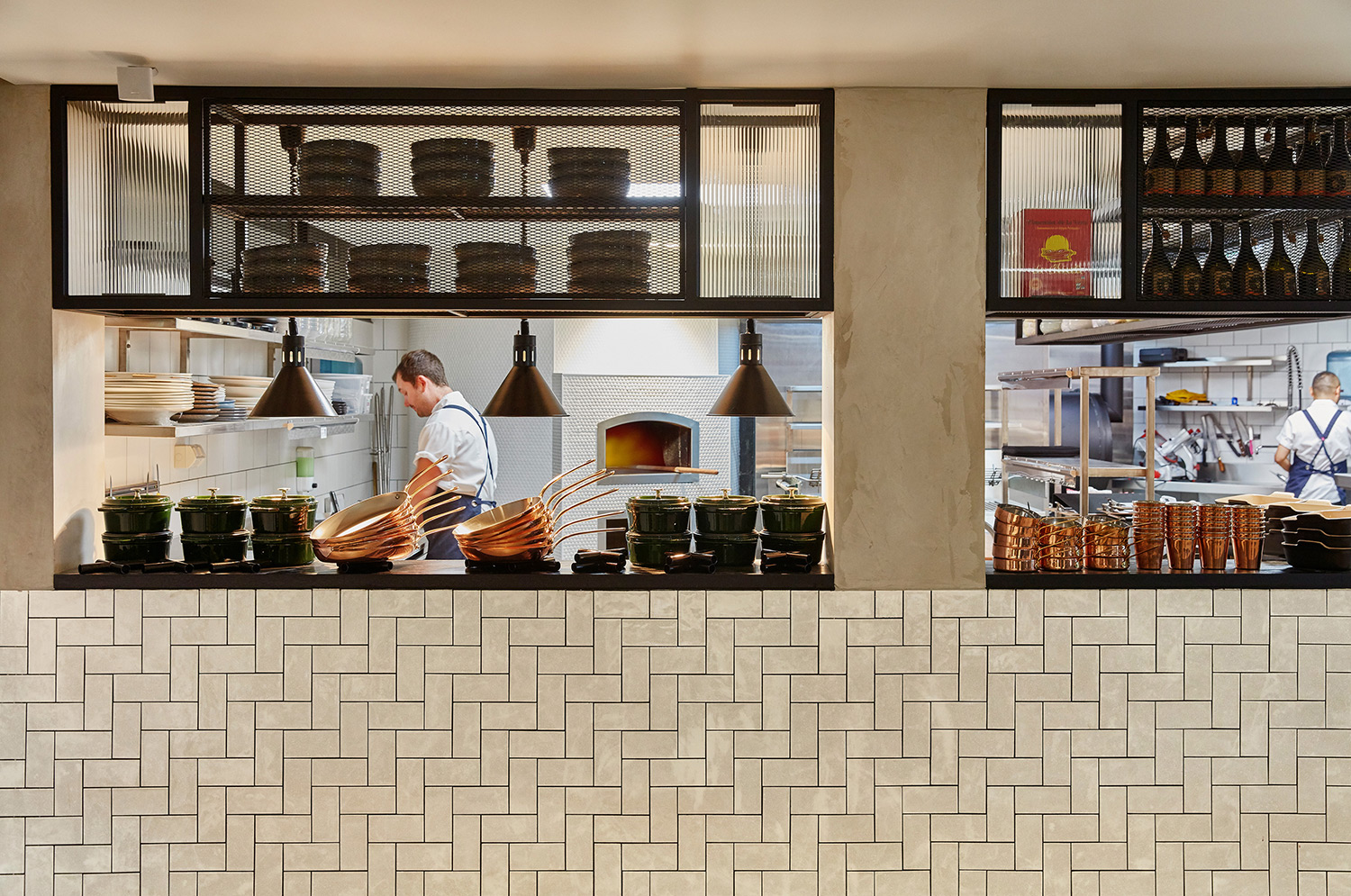 TO MARKET, TO MARKET

Paul Wilson puts his money where his biodynamic mouth is. We hear first hand what it takes to launch a restaurant and a brand.

Harking back to Wilson’s starting point at The Botanical in the ’90s and returning him to the heart of the Melbourne food scene, the new 250-seater venue promises a boisterous, fun atmosphere where a quick meet up can stretch into a long lunch or dinner.

venue chatted with Paul Wilson about the experience of opening an ambitious new eating and drinking concept like Wilson & Market and launching a brand. Hint: it wasn’t plain sailing.

Paul Wilson: The venture was two years in the making. I’ve always been a fan of Melbourne markets and the idea of seasonal produce. Prahran Market was looking for the right tenant to fill a showpiece tenancy; a five-star restaurant, that would draw people to a new entrance and increase foot traffic.

The main challenge we had was with the new front area, the façade, that’s licensed until 3am. It took a long time to get it approved because it’s quite a large space (550sqm), and 3am liquor licences for 250 people don’t get approved very easily. So we had to go to great lengths to provide information that we were a food-based business and not a nightclub.

Paul and his team decided to unleash Wilson & Market stage by stage.

Paul Wilson: We decided to expose the business in three layers. Tuckshop opened first — an urban café/hole-in-the-wall offering, serving biodynamic sandwiches, snacks and great single-origin coffee and cold-pressed juices. And that’s at the entry of the market which gets lots of foot traffic.

Then we opened the Wine Store and the lifestyle Café; the table service two months later. And that did quite well initially. It trades particularly well on the weekends, and otherwise goes with the ebb and flow of the market’s weekly and seasonal trade cycle.

Our Brasserie opened mid 2017 and the food media have been all over it — which has been really tremendous.. In Melbourne, if you get a good review, you’re off and running with the foodies. The last stage is the Terrace Bar, and that’s the element that caused all the headache with local Council.

KEEPING AN EYE ON TEAM

It’s certainly been a case of ‘what doesn’t break me can only make me stronger’, for Matt. I wondered what practical lessons he’d learned?

Paul Wilson: When you open a restaurant, you can get a little over-focussed on the concept and the fitout, but it’s the team that’s the lifeblood. And keeping that team enthused and positive about what we were about to embark on was the hardest thing. It’s very hard to find good people. Fortunately, I’ve had a good career in Melbourne and I’ve worked with a lot of good people… but keeping them onside over an extended build was the hardest thing.

Wilson & Market, is very close to Paul’s heart; it’s clear that it’s something he believes in.

Paul Wilson: One of the goals we set ourselves was to open a Brasserie which had a uniquely Australian feel. For example, most of the art is local. The wine list celebrates the best of Victoria and Australia. The spirits in the bar are all Australian. Certainly, our produce and our food philosophy is very much celebrating the best of Australia. And it’s very casual but sophisticated and the service is in that laneway.

At the moment we’re so fortunate to have so many talented people come into our industry, do great things; not just with cookery and design but with farming and winemaking and spirit-making… everything. The whole food industry has come ahead in leaps and bounds and we’re a world-class force. It’s wonderful to be able to showcase that.

BIODYNAMISM: DOWN ON THE FARM

More than 90 percent of the restaurant’s food is biodynamic. Sounds virtuous and onerous. But the reality is quite the opposite, according to Paul.

Paul Wilson: It’s just locally sourced, naturally grown food. The farms are only an hour from the restaurant. The farmers produce the food without pesticides; it’s GM free; it’s completely natural food without any artificial support. Plus it’s a community farm and everything we invest in that community farm goes back into that community. It’s a lovely, very sustainable business.

It forces you to be more spontaneous and serve seasonal food — we write our menus around what the farmers deliver. That excites me as a chef and it keeps the crew on their toes.

People thought we were lunatics to go biodynamic, but it’s proven to be a great business decision. The food is cheaper than any food I’ve bought in my whole career! There’s no middle man: we buy the crops, it’s delivered and we hardly have any wastage. If I was dealing with a wholesaler, you’d be back to negotiating all the time and the prices would change every week. It’s an absolute tug of war. I deal with two people. It’s been very refreshing.

Paul Wilson: Oh mate, absolutely. The food industry is very jaded and the customers are very jaded. A lot of people in the industry are over hamburgers.

Saying that, I think it was terrific we had that explosion of fast, casual eateries but restaurants are now making a decision about which way to go next. Do you want to stay in this fast, casual lane or do you want to be more ambitious? By which I mean, do you want to cultivate revenue in the old-fashioned way, with skill and expertise and employing philosophies that makes you a great restaurant?

I do think Melbourne’s certainly about to own the fine dining realm again. There’s lots of activity, with the right restaurateurs luring top talent from Sydney to Melbourne, and we’re seeing the right investment with fitouts and infrastructure. We’re in the thick of it in Chapel Street, Windsor. You see a lot of those groovy, pan-Asian-style venues which have been amazing in the last five years falling away — closing or rejigging or reshuffling. So I think there is definitely a change of guard.

After a difficult birth it feels like Paul remains quite determined to roll out the Wilson & Market brand without too much delay.

Paul Wilson: Yes. Only because our sales tell me there’s the opportunity to do really fantastic, ethically-based rotisserie chicken in the retail space. That’s something we’re looking to roll out quite quickly and do it really well, and something I’d feel comfortable with. I’m not the sort of chef that would tackle fast food, although there are certain chefs that do — it doesn’t suit my training and philosophies of why I became a chef.  I’d love to do something that has a bit more meaning, and from what we’ve learnt in setting up Wine Store, we think there’s also a good opportunity there in the wine bar realm — a small food offering with beverage being the hero.

venue: So we’re looking at a Wilson & Market group then?

Paul Wilson: I don’t want to become a huge group because I think you lose sight of why you enjoy opening a restaurant and I don’t think Melbourne can sustain a large group either. But I think three or four food and wine-based businesses is a realistic goal for us.

Under that ‘Australian casual/sophisticated brand’ I think there’s a gap in the market for me. 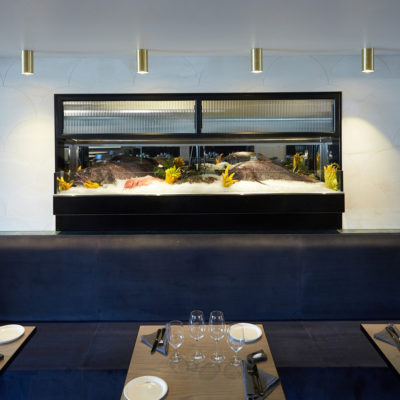 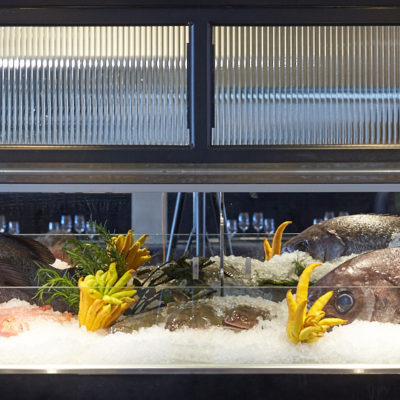 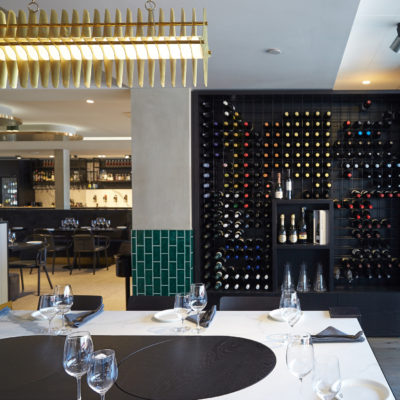 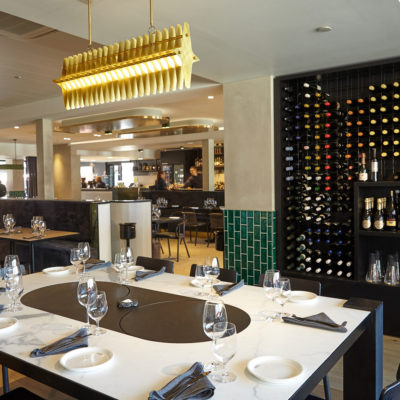 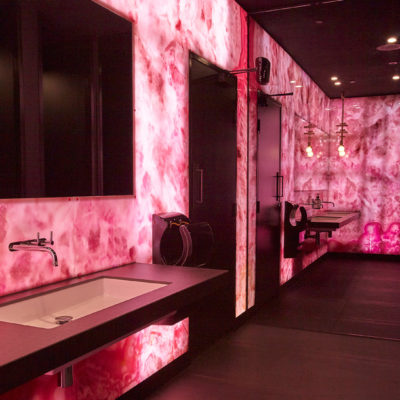 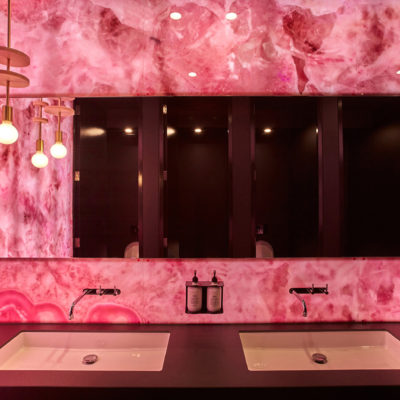 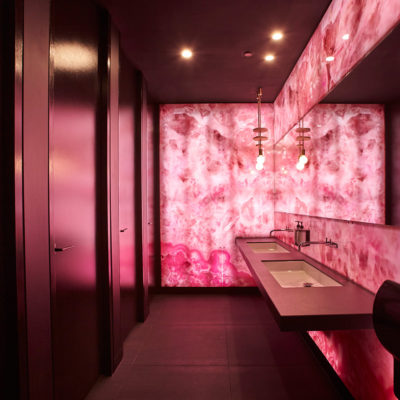 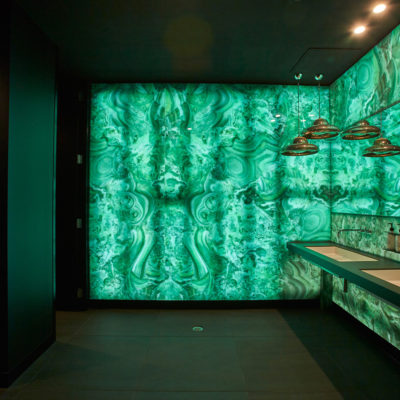 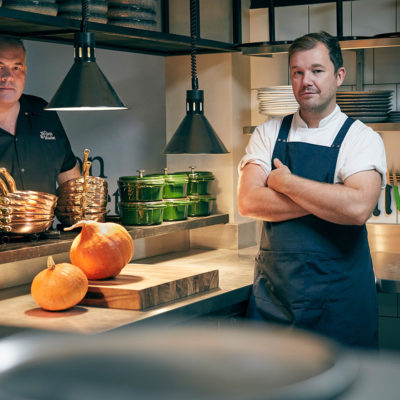 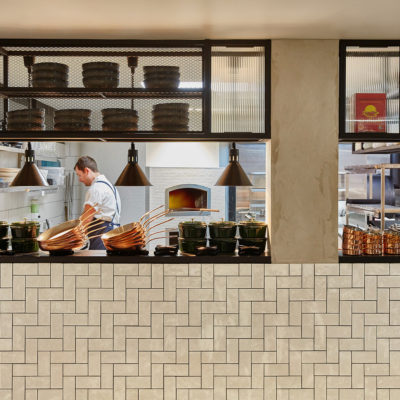 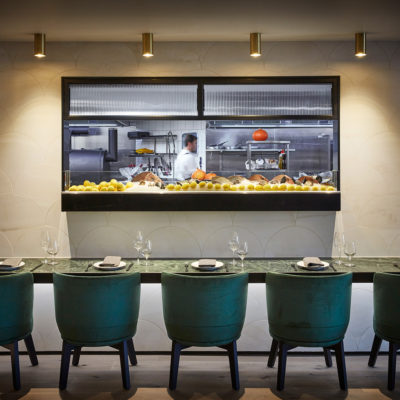 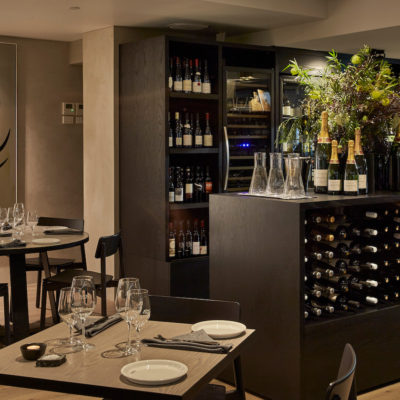 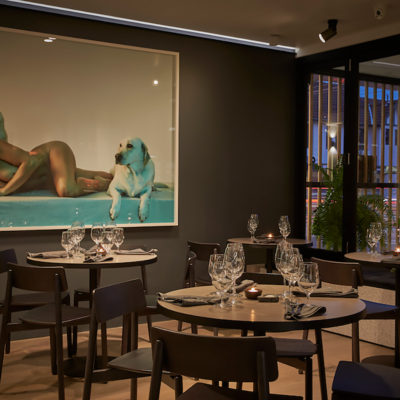 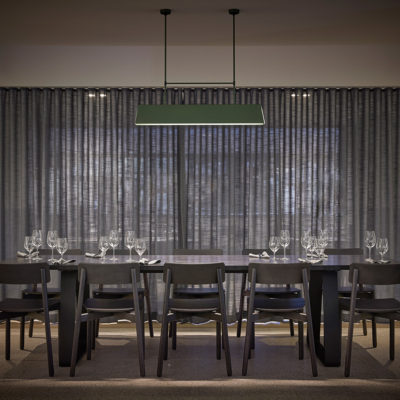 “People thought we were lunatics to go biodynamic, but it’s proven to be a great business decision”