A BY ADINA SYDNEY

Home » A BY ADINA SYDNEY

The crowning glory of an ‘elevated’ suite of apartment hotel properties, the new A by Adina Sydney heralds a golden new era for the Harbour City on multiple levels.

The hotel’s approach to detailed simplicity in design extends beyond the arrival of Sydney’s first ever sky lobby – setting the city’s world-famous skyline aglow, 100 metres up, wrapped in a four-storey, glass-encased ‘golden crown’.

By design, A by Adina Sydney, breathes a vibrant new lease of life into the belly of Sydney’s CBD, purposefully activating a network of previously forgotten laneways that open onto Australia Square – the site of Sydney’s first skyscraper and the world’s tallest lightweight concrete building (upon completion in 1967).

Proudly owned and operated by TFE Hotels and developed by TOGA Group, A by Adina Sydney forms the showpiece of a 26-storey tower at 2 Hunter Street. An architectural delight – inside and out – that towers above Australia’s oldest street and Sydney CBD’s most prestigious address. A fact not lost on financial giant, Commonwealth Bank, positioning its flagship site at Ground/Level 1.

A by Adina Hotel General Manager, Amanda Cottome, said VIP treatment for A by Adina Sydney guests extends beyond the intuitive service to in-room technology.

In a first for TFE Hotels, the hotel heroes an integrated control system that seamlessly readies any one of its 194 apartments (82 studio, 104 one-bedroom, eight two-bedroom apartments) the moment guests commence check in.

“A bit like a high-tech butler, it goes to work and prepares the room by switching on the air conditioner and setting a comfortable room temperature, before closing the blinds and turning off all the lights,” explained Amanda.

“When guests swipe their key card, the technology sets off a sensory welcome experience, like a big reveal, automatically raising the blinds on floor-to-ceiling windows and turning on the lights. It’s a seamless arrival experience that’s designed to delight. Guests don’t have to think about how anything works – not even things like extractor fans in the bathroom, which operate automatically via sensors.”

Thoughtful details, which echo one of the A by Adina brand’s key pillars – Hotel Living – features throughout including a range of one-bedroom apartments with ‘blackout bedrooms’ (without windows), perfect for jetlagged guests, flight crew or those working in the performing arts.

Amanda said the hotel also features 12 ‘accessible rooms’, sized like penthouses; and corner rooms (especially from Level 14 up) with spectacular views down George Street, all the way to The Rocks and Sydney Harbour Bridge.

“The design for this hotel has come from our lifestyle and our city and, in a world where we all too often look to overseas for inspiration, that’s something we are extremely proud of.”

In keeping with its surrounds, 2 Hunter Street – designed by JPW Architects, with interiors by Carr Design Group – sublimely marries Sydney’s past, present and future.

From ground-level up, it progresses into a sleek glass-curtain tower, crowned with A by Adina Sydney’s cutting-edge sky lobby and leisure facilities, including a swimming pool and fully equipped gym with city views.

For design enthusiasts, the hotel’s golden glow comes down to clever interplay between the building’s fabric, enhanced by nature. No special effects. Just bronze-tinted aluminum cladding and use of metallic-coated synthetic mesh, embedded into glass panels, resulting in a golden façade, illuminated by the sun.

Co-located within the hotel’s ‘golden crown’ is Dean & Nancy on 22 – a sophisticated cocktail bar and dining experience that has been created and will be run by the very same Maybe Sammy team who came in at #11 on the World’s Best Bar list for 2020.

In unveiling the new hotel this week TOGA Managing Director and Chairman of TFE Hotels, Allan Vidor said, “What really excites me is that A by Adina Sydney, which sits on the corner of two iconic streets (George and Hunter Streets), activates laneway networks that feed into the back of Australia Square,”

“A by Adina Sydney takes the sense of arrival to a whole new level.”

For guests and visitors, the VIP journey to the top begins via a sandstone colonnade flanked by a water feature which leads into a calm lobby. This is a zone away from the hustle and bustle of city life that acts as a sensory cleanse before guests are whisked away – 21 storeys up – to the hotel’s sky lobby.

In yet another thoughtful surprise, A by Adina Sydney’s lower-ground entry foyer will lead into a new Italian eatery by acclaimed Sydney restaurateur, Maurice Terzini, of Icebergs and CicciaBella fame. Boasting indoor and alfresco dining, the restaurant opens onto Curtin Place – a previously dormant laneway (between George and Pitt Streets), revitalised as part of A by Adina Sydney’s master plan.

“The revitalisation of Curtin Place is going to be something quite special,” Allan said. “We’ve also commissioned Australian artist Emily Floyd to produce a beautiful sculpture, which has been installed in the laneway between the hotel and Australia Square.”

Entitled ‘OPEN SPACE! the installation deconstructs the word ‘OPEN’ into individual letters that act as pointers to the inclusive public space activated around A by Adina Sydney. 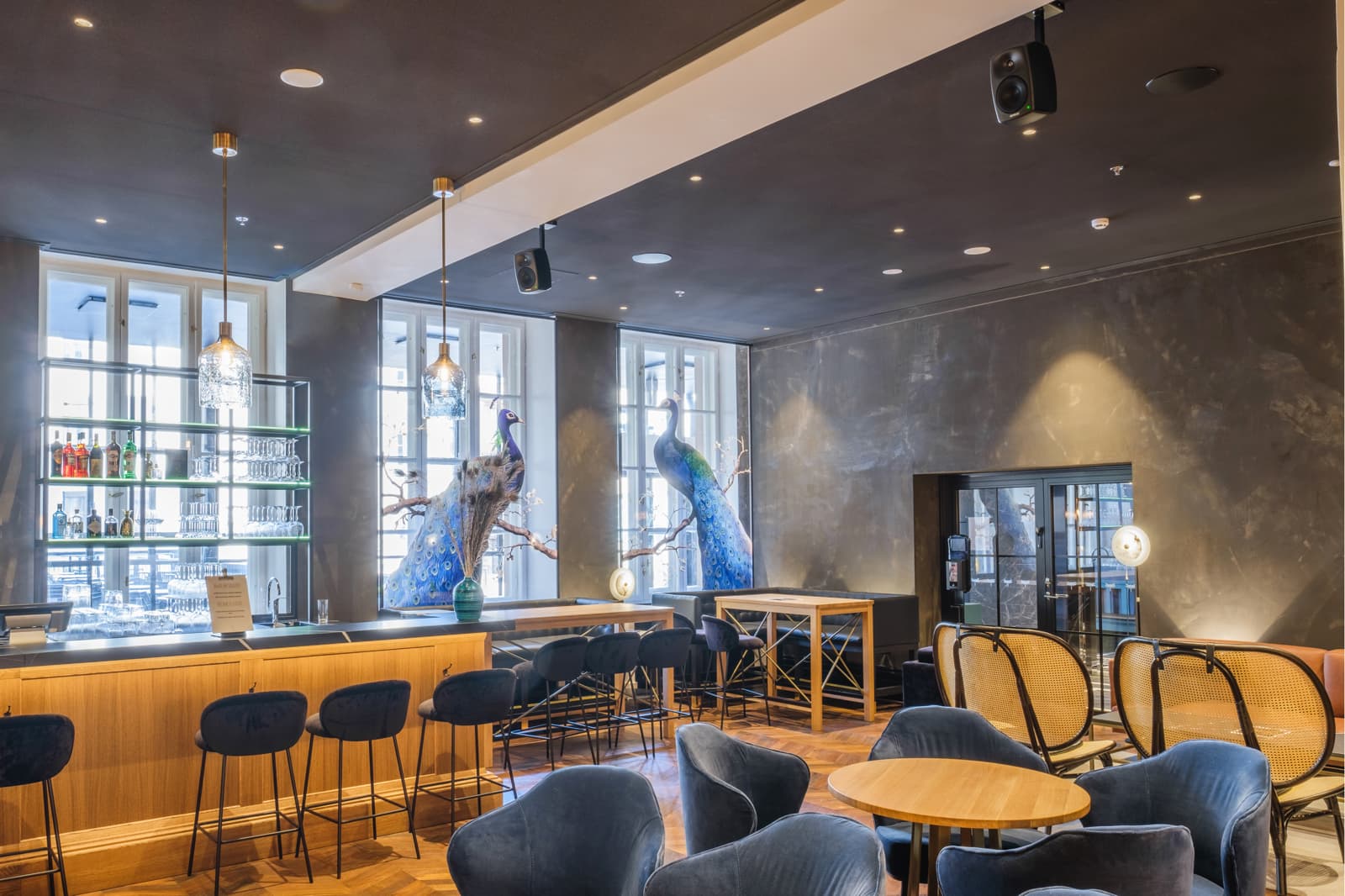