Home » Something to Crow About

Sydney’s Crowbar is tooled up and ready for the full-throttle return of live music.

Crowbar was about to close. For good. The Covid lockdowns had already permanently shuttered a number of other live venues in Sydney and owner Trad Nathan could see he was one minute to midnight on the doomsday clock of his own enterprise.

Part of the economics of a live music venue surviving a pandemic are the fixed costs. Rent is the main one. Some lease holders were able to secure rent holidays or better terms, while other weren’t. Another big fixed cost is the lease on costly production gear, such as the front of house PA.

A turning point in the Crowbar’s fortunes saw Trad able to secure better terms on his production gear, which helped save his bacon. And not just his old production gear but on an armoury of brand new kit — a new loudspeaker system, mixing console and backline equipment.

It means Crowbar comes into a post-Covid season with a great story to tell and a bunch of additional reasons for bands to book.

‘If you don’t tell anyone it’s your birthday, don’t expect any presents,’ according to Trad. Which is his pithy way of reminding us that activity brings results. “I had to make a hundred phone calls to get an ATM installed in my venue. I had no idea how to do it but if you have the right attitude people are happy to assist.”

You’ve got to reach out.

There’s a lot of love in the Sydney live music scene for Crowbar, and all those connected are pleased to see the venue is trading and back doing what it does best.

Among the audio fraternity, the fact that Crowbar has installed one of the first Midas Heritage HD96 mixing consoles in the country caused a stir. Crowbar’s Production Manager Lee Edwards has been getting plenty of interest. “Mostly they’re asking ‘what’s it like’. There’s a lot of intrigue about the console. We’ve found it easy to use, with great sounding preamps and powerful routing.” 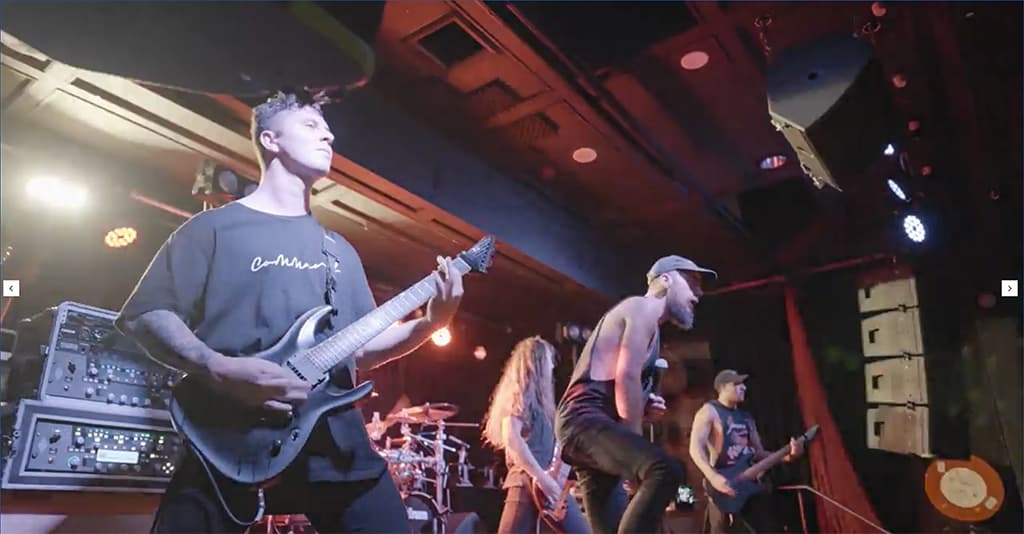 Trad Nathan has a special appreciation for touring bands’ needs. He toured for many years as the keyboardist for The Amity Affliction — an Australian heavy band that’s enjoyed considerable international success. After making the call that touring life and family life were irreconcilably incompatible he did some band management and managed Crowbar in Brisbane before taking on Crowbar in Sydney’s inner west. His years of touring and experiencing first hand the best and worst of what venues could offer in Europe, the US and elsewhere, he determined to run a live venue that would be a band’s best friend (“I think it’s easier to be a good dude than an arsehole”) — believing that approach to be better for everyone concerned, including the long-term success of his business.

“When I toured Australia we took a five-tonne truck everywhere we played just in case we had to swap out the house PA. I don’t want that for any touring band, regardless of what level they’re at. I mean, you may as well rent a hall in that scenario.”

Crowbar is now in the privileged position to tell a very different story to promoters and bookers.

You’ll get charged for a f**king bottle of water! Free backline could potentially save a promoter $1000. 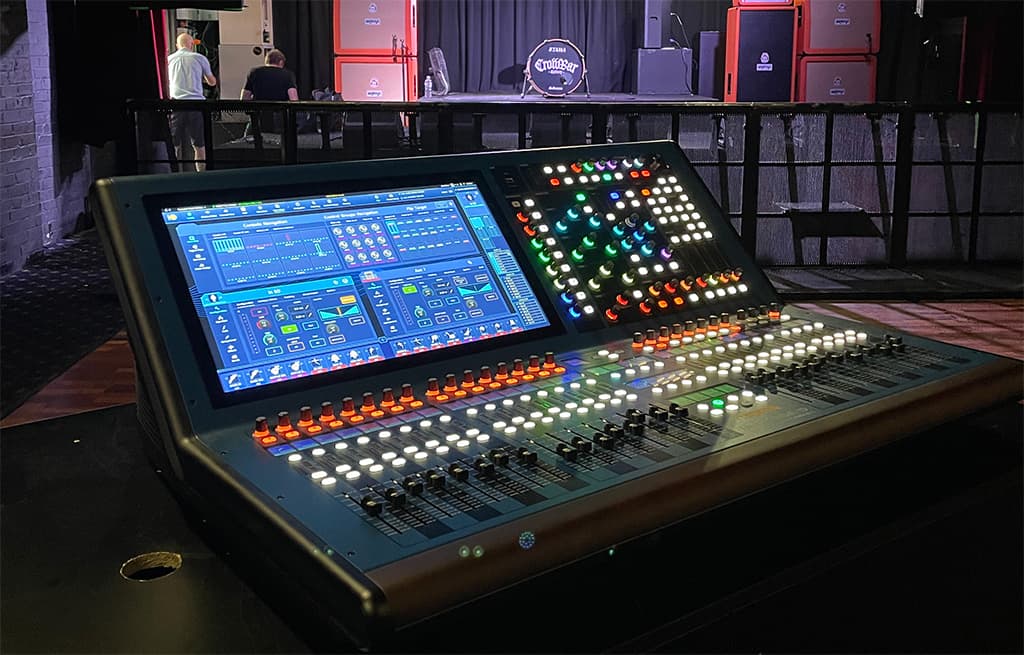 No one knows quite what to expect from 2022. Clearly, everyone involved in live music wants a swift return to the way things were. But national tours don’t get planned overnight and the ones that have been attempted — Jimmy Barnes or Midnight Oils, for example — have run the gauntlet of interruptions or, worse, costly cancellations.

Instead, one-off gigs have given the scene succour. It’s also a chance for emerging local bands to get a crack.

One thing’s for sure, Covid has demonstrated that it’s the suburban music venue that is the lifeblood of live music. Sure, everyone appreciates a one-off Foo Fighters stadium extravaganza but it’s venues like the Crowbar that fronts up night after night to provide a platform for working musicians.

“We’re a 500-cap venue that can now offer bands, manager, and agents the sorts of things you’d normally see in 5000-cap venues like the Hordern Pavilion. But we’ve not made a big deal about the new investment because of the lockdowns.

“I’m at a wedding on the weekend and I had people coming up to me asking ‘How’s the new Turbosound PA going?’. ‘How the f**k did you know?!’ This community talks to each other. They’re all interconnected. One production manager posts on his page: ‘I just worked at Crowbar’, then 10 others will be underneath that post asking about the mixing console or the PA. We haven’t made a huge song and dance about the new gear because until now the timing hasn’t been right but it shows that people are fascinated.”

Fascinated inspired. After two years of bad news and technical talent moving on to other industries, the Crowbar story is like a ray of light. You can see it on Trad Nathan’s face: “I’m not a technical boffin but when I see the faces light up of a production manager or front of house engineer or a guitar tech or lighting person after seeing that we have this mixing console, or loudspeaker system, or the high quality back line, I think that excites me enough to want to keep doing it and want to keep pushing the envelope. I’m thinking: What else can I do for the band? It makes the extra effort all worth while.”

Midas Heritage HD96: packs the power to run 144 input channels and 120 mix buses at 96kHz sample rate. At the heart of its appeal is the Midas sonic fingerprint — the legendary Midas preamps that you can famously drive so well. But the console also features some innovations that make setting it up quicker and easy; and there’s plenty of bussing and routing flexibility. With the help of the 21-inch touchscreen, the HD96 is easy to work with — a consideration when it’s the ‘house’ console for visiting sound people.

Turbosound Manchester Line Array: The new P.A. is based on the touring grade Turbosound Manchester MV212 variable curvature line array Element — four a side. Each element is comprised of two 12-inch drivers and two mid/high B&C dual-concentric drivers coupled to a dendritic waveguide to achieve a flat wavefront. It’s a three-way system that’s bi-amped, allowing one four-channel Lab.gruppen PLM12K44 to drive four MV212 elements – 2 per circuit. Meanwhile, Lake processing in the amplifier can actively process the mids and highs ‘independently’ in the loudspeaker. Three Manchester MS218 double-18 subwoofers under the stage take care of the low frequencies in the room. They’re spaced due to the construction of the stage, with the outer subs delayed somewhat to combat some of the ‘power alley’ lobing of the low end. Three pairs of Turbosound TFM122, passive 12-inch coax wedges take care of monitoring duties along the front of the stage, while a 3-way, self-powered Turbosound NUQ rig provides plenty of punch as drum foldback.

Orange backline: few brands of backline (maybe Marshall is another) could be met with almost universal acclaim than Orange. The guitar and bass cabs are offered free of charge to performing bands, saving them money and time. The resident Tama drumkit is also a godsend. “The top quality backline levels the playing field,” according to Production Manager Lee Edwards. “It allows bands to show what they’re capable of.”