Atomic Beer Project
Gage Roads’ Atomic brand strikes out on its own, with a striking new restaurant, pub and microbrewery in Redfern.

Fission for the Future

It started with a beer.
Gage Roads Brew Co. tried something a little different to all of its sun-kissed, fun-times, easy-drinking beer and released a brew from the future, Atomic Pale Ale.

Turns out Atomic Pale Ale became a turning point for Gage Roads. Some of the crew were totally committed to the ‘coastal beer vibes’ approach while others had a yearning to explore the more experimental edges of craft brewing. And thus, Atomic was spun off as another brand.

The Atomic Beer Project is the first bricks ’n’ mortar incarnation of the brand. All the key original personnel are Perth natives, which makes Atomic remarkable on a number of fronts. It’s a Perth beer brand setting up shop in Sydney. It opened a brew pub in the middle of a pandemic lockdown. And its look and branding is bravely contemporary.

Atomic chose Redfern as the precinct to launch its Beer Project concept.

Atomic Brand Lead, Clint O’Hanlon, is under no allusions about the size of the task ahead of them.

For an West Australian outsider to land in Redfern is a tall order. Clint was brought in on the project in no small part because of his success at Young Henrys Brewery in Sydney. Clint understands that he needs to gain the trust of the local area to succeed.

“The intention of this business is to properly bed itself down in Redfern. We just want to be part of the community.

“We have started sponsoring FBI radio, which is a youth radio network just down the street from us. They’re intrinsic to the community. As part of the deal we’ll be hosting their DJs here. We’re working on other ideas, such as mentorship programs and other events.

In many ways, Clint is talking about pub fundamentals: being a trusted local part of the community. Which is to be commended. After all, the venue’s main point of difference is the craft beer brewed on site by head brewer Nick Ivey. It would be easy to rely on being a beer lovers’ destination. Not so.

“I believe community connection is crucial to the venue’s success,” explains Clint. “It’s about having a conversation with your audience and then allowing them to effect change within your business for the better. For example, I intend to set up a sustainability suggestion box, because I know that people around here, myself included, have very strong opinions on how businesses should run to minimise their carbon footprint. And we want to make sure that if anyone offers a good suggestion, they get the credit and the value out of that.”

Without sounding glib, a kick-arse menu also helps. Which Atomic Beer Project has. The kitchen serves up Thai-influenced share plates (large and small) that are fresh and gutsy, just like the beer.

The venue takes over an old furniture factory. YSG Studio has created a brooding interior, that, much like Atomic itself, feels like it comes from the future.

The monochromatic mood is punctuated by pops of colour.

The 15m bar is a doozy. It’s hops-green and helps frame the stainless steel drama of the beer vats behind it.

There’s a venue capacity of a little under 200 patrons with an abundance of seating options for solos and pairs. A elevated zone adjacent to the kitchen is an obvious spot for those intent on dining, but flexibility is key.

A mezzanine floor even provides some hot desk options for those looking to get some work done and avail themselves of the free high-speed wi-fi.

The photos depict a venue that’s singular in its pursuit of ‘cool’ but patron comfort is high and Atomic staff are friendly — Atomic is cool; just not too cool for school.

Clint confirms that management is delighted with the fitout and how it embraces the industrial roots of the building. He notes that the design ‘tail’ has wagged the venue ‘dog’ in a couple of key ways, with back of house utility compromised somewhat. Chalk it all up to ‘first venue’ experience.

One uncompromised aspect of the fitout is the audio.

The venue provides a textbook case of a properly deployed ‘distributed’ audio system. Such a system relies on a plethora of smaller loudspeakers and companion subwoofers to deliver an enveloping music experience, where you can’t necessarily point to where the sound is coming from. You feel it, and it’s not impinging on your comfort, it’s simply adding to the experience. This is quite the accomplishment in a venue with so many hard, reflective surfaces.

“The importance of ambience is paramount,” commented Clint O’Hanlon. “The audio system is so beautiful and warm, despite there being so many hard surfaces in here. I’m from a nightclub promotion background and I’m aware of the way sound can move through a venue. Here, it’s so rich and warm. There are no annoying delays, where you hear loudspeakers on the other side of the venue like an echo. The best part about it, I’ve never worked with an audio system where you can control everything from your phone — where you can control the level in all the various zones individually or collectively. It’s just really seamless.”

“Installing the 10-inch subwoofers in the elevated cable trays proved to be a real turning point in the audio design,” reflects TAG’s Technical Director Anthony Russo, who assisted the AV integrator, Beyond AV, as a specialist consultant on the project. “Normally you would see the subs installed into the banquette seating, for example, but all the concrete bulkheads had already been poured, so we needed another solution. We didn’t want to excite the ceiling space with low frequencies, which is why the design has more subs (spreading the workload), placed as close to the matching full-range speakers to provide a cohesive sound.”

DJ nights are part of Clint’s plans as are some other audiovisual endeavours, possibly with digital art exhibitions and more.

Beneath the bleeding-edge look and feel of the Atomic Beer Project’s interiors and exterior, beats the heart of a grounded corner pub. You might come for the seasonal craft brew, freshly poured straight from the holding tank, but you’re more likely to stay for the trivia night and good vibes.

“I’m most proud when I walk past people’s tables and I hear them absolutely freaking out about the quality of the beer and the food,” enthuses Clink O’Hanlon. “I think we confound their expectations: some people come in expecting it to be a movie set, where it’s all a veneer, but no flavour. That’s not the case. The food is a great complement to the star of the show, the beer. The beer couldn’t be fresher. It’s dangerously good. Every single beer I’ve drunk here has been like liquid silk.”

Q-SYS is powering more and more audio in hospitality projects. It’s a system that takes care of all the control and processing work. Most of the Q-SYS hard yakka is done behind the scenes but one aspect of its job is very visible, the user interface.

“I think it’s the GUI that wins over lots of hospitality managers, like Clint O’Hanlon,” observes Anthony Russo, Technical Director of TAG, which supports and distributes Q-SYS in Australia. “It’s easy for an AV integrator such as Beyond AV (which took care of the Atomic Beer Project), to provide the client with a bespoke GUI, perfectly suited to their needs.”

Q-SYS can run as an iOS app, with a web GUI interface on the way. It means a manager can pull out their iPhone, for example, and easily tweak levels in the venue. Q-SYS has plenty of other hospitality-specific features that make it hugely popular.

“There’s a module specifically for venues that are under duress from neighbours,” continues Anthony Russo. “The AV installer can place a microphone at the venue’s boundary and the system can automatically limit the audio system if it exceeds a sound pressure level. Or it can log how many times the threshold level is exceeded. It can even send the installer or manager an email with a notification. Obviously not all venues need this kind of feature, but when they do, it’s a lifesaver.” 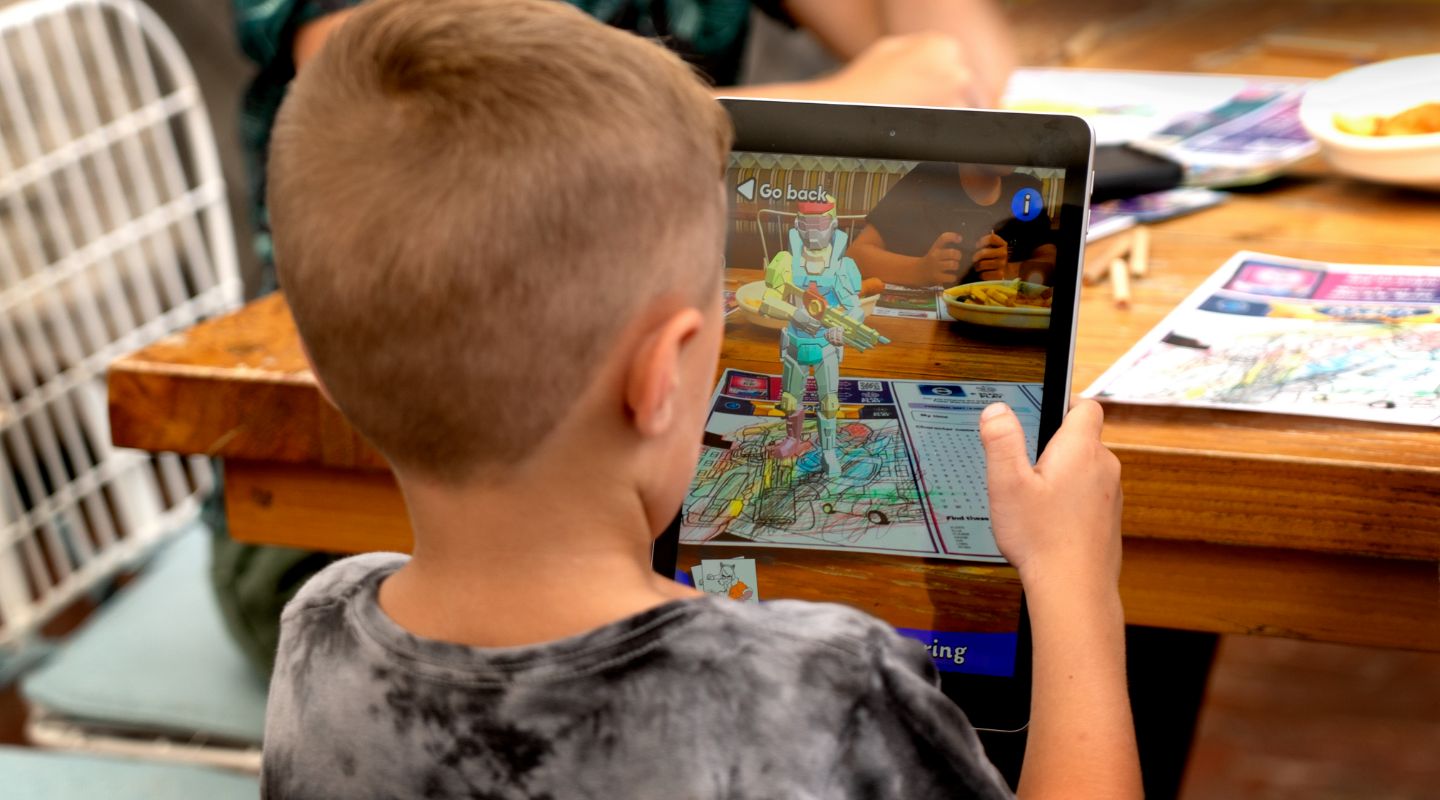