Peach is the new black, as a new Italian trattoria joins the Calile Hotel precinct offering.

It is hard to sum up Tyron Simon, but easy to observe the impact he has made on Brisbane’s food scene. Brisbane first took notice in 2014 when he opened LONg TIME Thai restaurant and bar, which later morphed into a relocated version called, not illogically, sAme sAme (quirky capitalisation is but one of Simon’s personal touches). Along the way he and his partners have also created several other icons of culinary excellence just to the North of Brisbane’s CBD including hôntô (cutting-edge Japanese); Agnes (a celebration of wood-fired cooking); and its spin-off Agnes Bakery.

Tyron is also collecting a number of personal plaudits including ‘Business Person of the Year’ in the 2020 Lord Mayor’s Business Awards, and currently as a finalist in Gourmet Traveler’s award for Restaurant Personality of the Year. [venue] caught up with him at Biànca, his newly-created Italian restaurant, next door to sAme sAme, on trendy Ada lane, just off James Street.

The new trattoria completes a quartet of top-draw venues that are part of the Calile hotel development. Tyron was quick to swoop on the site when it became available, despite the difficult trading conditions mid pandemic. And he found the choice of Italian cuisine a very easy one. “Biànca is named in part after my partner Bianca,” Ty revealed.  “It’s very simple Italian cooking using great ingredients done well. Italian was a cuisine that was near and dear to our hearts, because I spend a lot of holidays visiting Bianca’s family.”

“At the time, there was nothing quite like what we were doing on James Street,” Ty continued. “Other nearby Italian restaurants are really good — we’ve got Mosconi; and Ripiena, which makes its own pasta. But the concept we were really keen to explore was cocktails, as well as a great wine list; together with the food, ambience, lighting and music — and I’m definitely happy we did.

“Given we’re an Italian Restaurant, we want to ensure Italian Wines were well represented. Currently, have a wine list with about 380 wines. I think 300 of those are Italian, while there are 80 French wines — champagnes, white burgundy and red burgundy. But predominantly we focus on Italian wine given it regionally matches the food.

“We also wanted to ensure the cocktail list complemented the food,” Ty added. “We follow the same format as in all our venues but we focus on Italian ingredients to give an Italian twist. For example, with peach being a summer favourite in Italian cuisine, our cocktail menu will feature a peach and rosemary Margarita.”

Peach is more than just an ingredient, however. Biànca’s entire colour palette is based around the particular colourings of the popular stone fruit, evoking memories of the terracotta hues so redolent of Italy. The hue is repeated everywhere from the ceiling and walls to the seats, with even the beer taps and the imported Carpigiani gelato soft serve machine, finished in the same peach tint.

While he makes the choice of fare sound simple, Ty’s approach to creating a dining experience is actually extremely sophisticated, as he strives to create an ambience that responds not just to the food and beverage offering but also to the climate, the locale and the architecture:

“It’s no longer good enough to have good food or good wine or good cocktails, you have to have all of them. But you also have to have great lighting and great sound — there’s not one element which is more important than the other.” 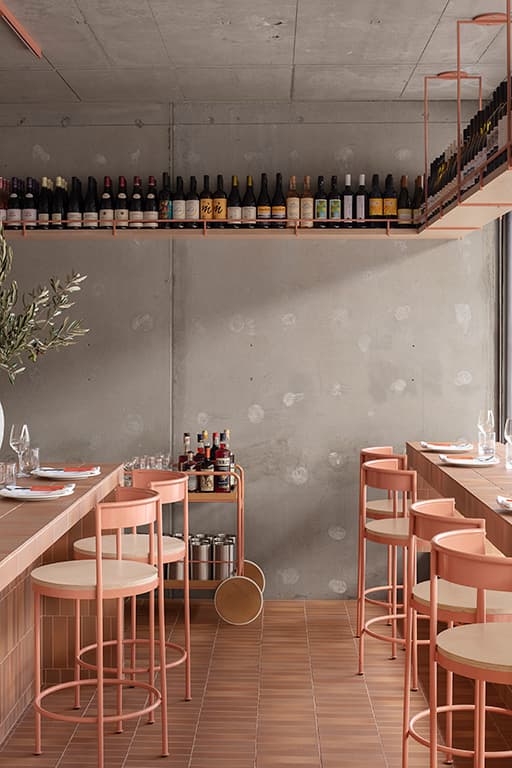 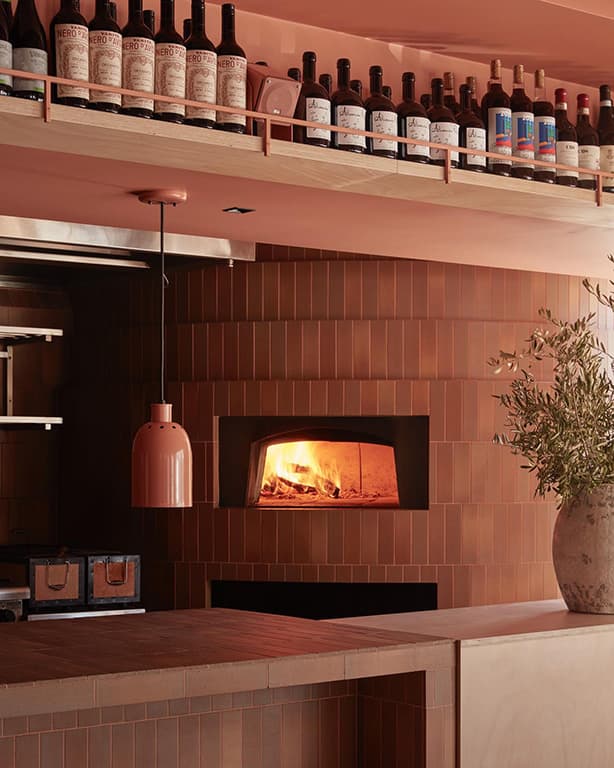 Biànca’s ambience is beautifully balanced with a sophisticated LED lighting system emphasising the architecture, but it is clear that Tyron has paid special attention to the music system, which is specified with all Meyer Sound speakers. “I used to curate playlists for restaurants, that’s where I started, as well as DJing,” he recalls. “When I moved back to Brisbane, it was to open a nightclub. We spent $120,000 on the fitout — 100 grand on loudspeakers and $20,000 on black paint. And that’s probably where we first realised that in a Nightclub setting, the sound is everything, and, ultimately, everything else is superfluous to the evening. In a restaurant, the sound is also there to enhance the night. But it’s not there to be the night, and so it has to blend in with the aesthetic of the space — it can’t be intrusive, physically or sonically.

“We were introduced to Meyer Sound by Jason Roesler from Soho Sound in a previous project [sAme sAme]. I absolutely loved the sound, and I’ve not looked at another option since — we’ve gone straight to Meyer. One of the big Meyer Sound drawcards is the colour-matching of their loudspeakers. We’ve obviously very heavy on the peach hues there, and Meyer was able to customise our speakers to match.”

Indeed the speakers are so perfectly matched and cunningly positioned that most are all-but invisible. “I remember when I placed the order with Myer, they confirmed the colour with me twice!” laughs Jason, who has also installed Meyer Sound right throughout the Calile Hotel.

Jason used a total of three dozen colour-matched Meyer Sound loudspeakers, ranging from the tiny MM4XPs, tucked between bottles on the wine racks that line the ceilings, to the more conventional-looking Ashby ceiling speakers and MM10XPs, the matching subwoofers.

“Those loudspeakers fit so many applications and their performance for size is amazing,” Jason commented. “You just don’t need to go bigger.”

The low-profile punch allows the MM10 subs to fit neatly under the banquette seating without modifications or cutout, or without breaking Australian building code for the bench seat height. Meanwhile the tiny MM4XPs fit into nooks and crannies larger enclosures wouldn’t allow.

“Wine rack space is valuable real estate,” confirms Jason Roesler. “They really do have a lot of wines to fit up there!”

“The MM4XPs pack such a punch for such a small speaker,” confirms Ty. “And obviously in an industry where rents are expensive, you want your sound and lighting to take up the least amount of space possible.” 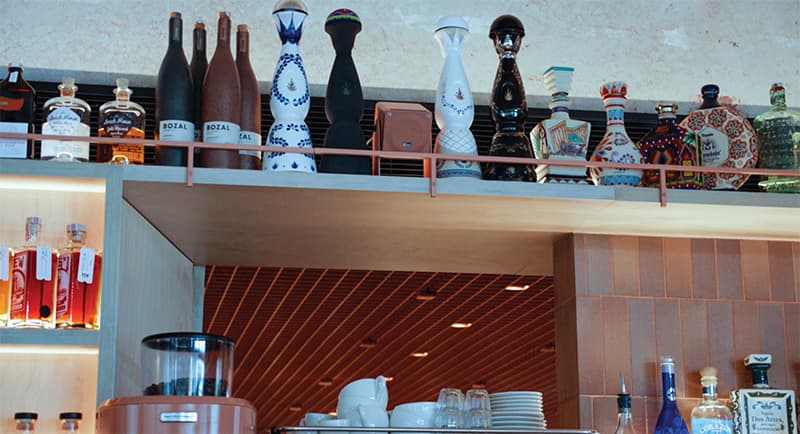 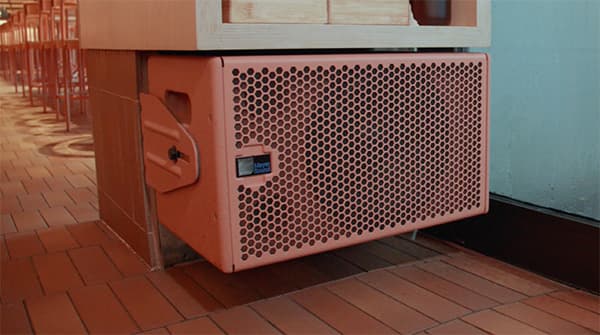 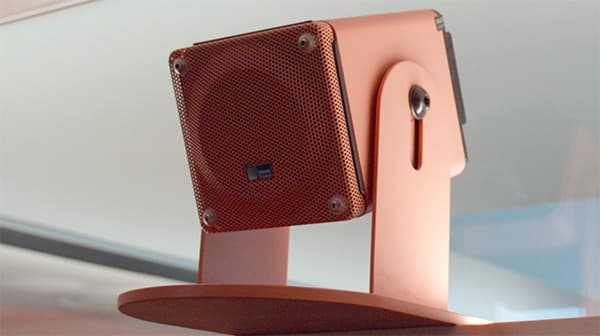 “A lot of thought does go into the playlist and the tempos in all of our venues,” Tyron elaborates. “Developing the Biànca playlist has been particularly challenging. We’ve been able to be broader in our musical scope with our other venues — sAme sAme, Agnes and even hôntô. But being Italian, we wanted to find Italian artists, so there are old ’50s and ’60s Italian classics right up to the modern day. But it can’t be too obnoxious: too fast or too slow. Tempo is so important. Studies show that if the music is too slow then people eat slower, and therefore their dining experience is dragged out. Conversely, if the music is too fast, it signals we don’t really want diners to stick around. So they feel they have to eat quicker and they leave without enjoying a full dining experience.”

With two restaurants in the precinct and his Bakery just around the corner, Tyron is clearly a fan of the Maloof brothers’ who, as developers, have contributed so much to the re-invention of James Street as a destination. And he is bullish about the growing sophistication of the hospitality industry in Brisbane.

“Developments like the Calile have been absolutely instrumental in showcasing what we are capable of doing. We have such a fantastic climate. We’ve got these great buildings and architecture, and I think there’s been a real focus on product with service. Interstate and overseas guests at the Calile comment that they can’t believe this precinct is in Brisbane.  By not compromising on anything — be it architecture, design, materials used — the hotel has shown people who have visited this area that Brisbane is a serious dining and entertaining city. I think we’re really starting to grow up and our offering is matching the southern states.”

Tyron Simon, together with partners Bianca Marchi, Ben Williamson and Frank Li are certainly leading that charge, and bringing a host of happy customers along for the journey.