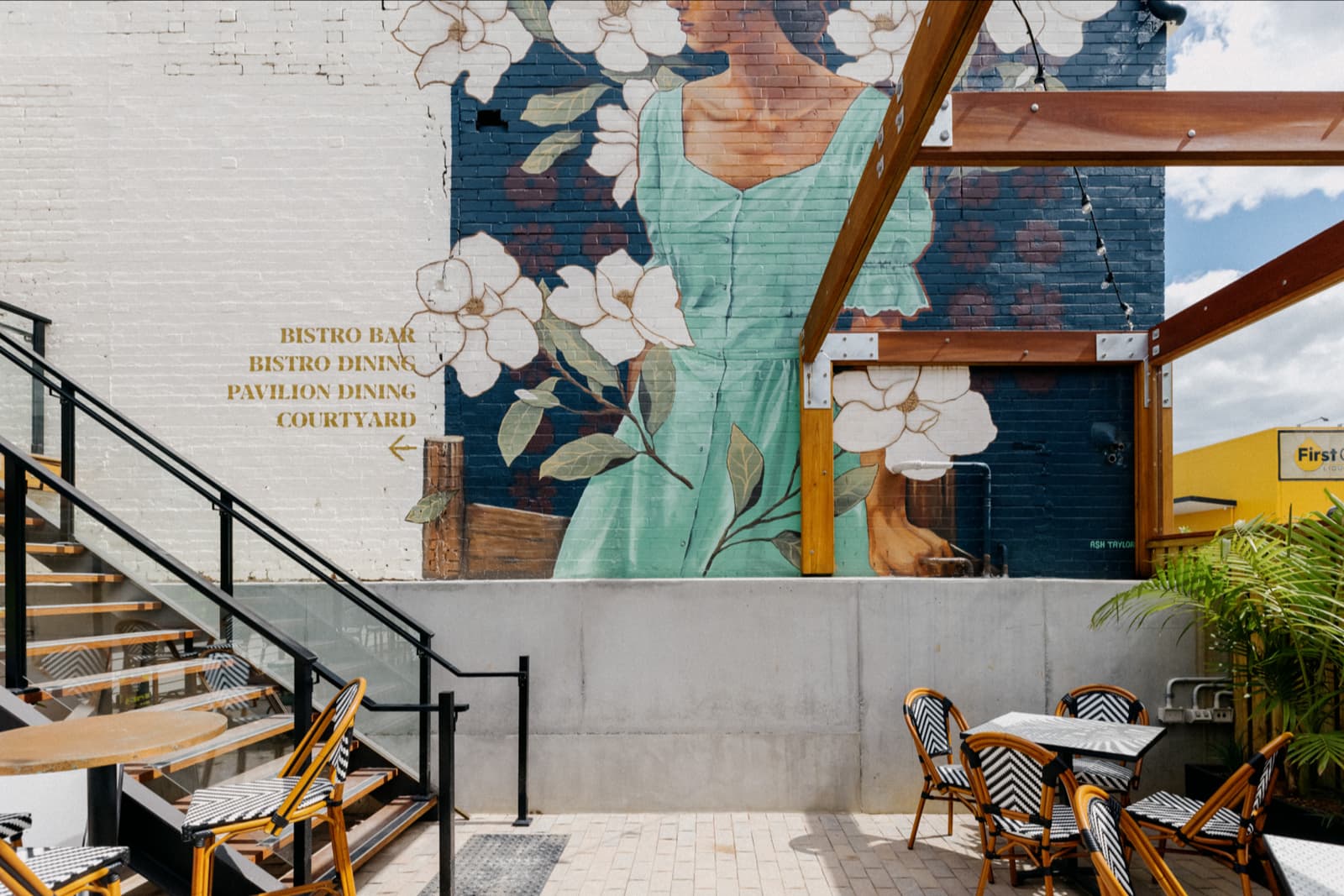 The Crown Hotel in Lutwyche re-opened on Wednesday 3rd November after a multi-million dollar renovation that has completely transformed the 140 year old venue. Lutwyche’s new-look local has a stylish new bistro, sleek sports bar and beautiful new beer garden, to create a local hub and social destination in the inner north.

The historic pub has been part of the Brisbane’s hospitality scene since 1881. Pub operators Australian Venue Co have given the historic venue a new lease on life, with a transformative renovation that celebrates the pub’s heritage and character while revitalising the design, menus and offering to cater to the modern Lutwyche community.

The entirely refurbished bistro has an open-air area that opens onto the showstopping new beer garden and heritage pavilion that are both perfect for the spring/summer season, with seating for 140 patrons for casual drinking & dining.

The Crown Hotel is operated by Australian Venue Co. and COO Craig Ellison is thrilled to be re-opening such an historic venue for the Lutwyche community.

“Lutwyche needed something a bit special, and we’re happy to create that for locals. It brings the drinking & dining experience you’d expect at a trendy pub in the city, but without losing the casual charm of a neighbourhood hangout,” he said.

“We invited a group of local residents and business owners in for dinner to preview the menu and to get their feedback on the food, the drinks & what they wanted to see when we re-opened. They’ve been so positive and supportive, and we’ve taken their feedback on board to make sure we’re offering the menus they want and cracking line of up of activity – things to meet your friends for after work, like comedy and themed trivia.”

Mains include bistro dishes such as Confit Duck Leg with celeriac, green lentils and kipfler chips alongside perfected pub classics like the Chicken Parmigiana, Chicken Schnitzel with red cabbage & apple slaw and a selection of steaks, with choices of sauces and toppers such as grilled prawns, salt & pepper calamari and half a Moreton Bay Bug. Those looking for a healthier option can choose from Queenslander Catch of the Day, Tasmanian Salmon, Roasted Cauliflower Salad and Kent Pumpkin Salad.

A sweet line of up of desserts Whipped Baked Cheesecake with strawberry and salted shortbread, Vanilla Bean Crème Brûlée with Grand Marnier berries and Chocolate Brownie with hokey pokey gelato and espresso caramel.

The sports bar has also had a major renovation and will be the ultimate destination to watch games live and loud while enjoying a cold beer and food from the counter menu. Local sports teams will find the perfect new hangout with screens to catch all the games, unbeatable specials and a strong tap line up of popular beers.

Australian Venue Co operates a number of Brisbane’s most popular pubs and bars including Regatta Hotel, Riverland and Friday’s. AVC is investing heavily into the Queensland market, having recently undertaken multi-million dollar renovations at several venues across Queensland, such as Kings Beach Tavern on the Sunshine Coast.